Cuiabá vs Gremio: a match between two underdogs of the Serie A 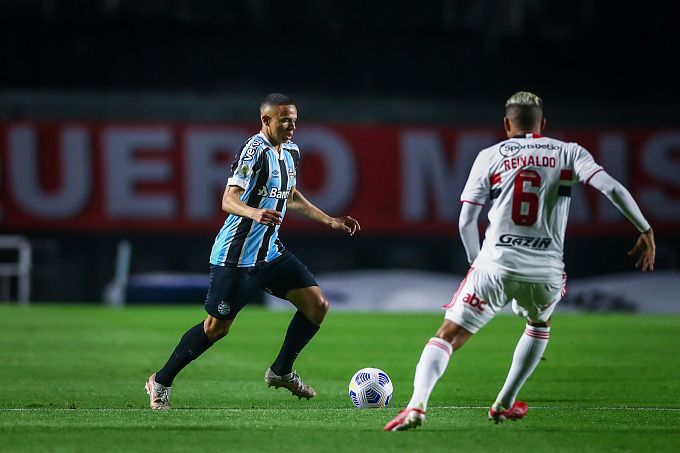 Cuiabá and Gremio will battle in the postponed fifth-round match on August 19. Gremio need to win this match will take place in Cuiaba, to compensate their failures in the first half of the championship of Brazil. We can't say that Gremio is in a crisis right now, but the team from Porto Alegre are not concerned about qualifying for the Libertadores Cup.

Cuiabá is fully focused on Serie A, this team has not lost three games in a row, and because they scored 8 points in the last five matches, they broke out of the relegation zone. Before the start of this match, Cuiabá is in 16th position in the standings, two points ahead of Sport and América, both in the relegation zone. In 15 games, Cuiabá has won three times, lost eight and tied four. Cuiaba has the highest number of draws in the division, on par with Ceará. Cuiabá’s home stats are 15th, with two wins in eight games, three draws and three losses, and a 9-11 goal difference.

Gremio is slowly climbing out of the hole in which the they found themselves. However, the team from Porto Alegre is somewhat hampered by its busy schedule, because besides playing in Serie A, the team hopes to win the Brazilian Cup. In fact, the Cup is the last hope for them to play in the next season in the Libertadores Cup. In the last round, Gremio was close to drawing witth Morumbi, but Igor scored in the 4th added minute with an assist from Rigoni to give the Tricolores the three points. Before that defeat, Gremio defeated Victoria twice in the Brazilian Cup, as well as Chapecoense, but lost narrowly to Bragantino with a score of 0-1.

Cuiabá: Everton Sen will not play.

Cuiabá and Gremio crossed paths twice in the Brazilian Cup last season. Then, a little less than a year ago, Gremio won both matches, both away and at home. Cuiabá has not lost three matches in a row, so this team should not be underestimated and is capable of fighting many in Brazil, including Gremio. However, the Immortals under Scolari are making progress, even if not always successful, and the upcoming game for the team from Porto Alegre is very important. We believe that Gremio, at least, will not lose in Cuiabá, and the game itself is unlikely to have many goals scored. We'd like to offer the following odds for this match: TO  (1.5) for 1.56, W2 for 2.50, Both teams will not score for 1.75.