Santos vs Flamengo Prediction: Bet on the Guests

Campeonato Brasileiro Serie A. Round 15 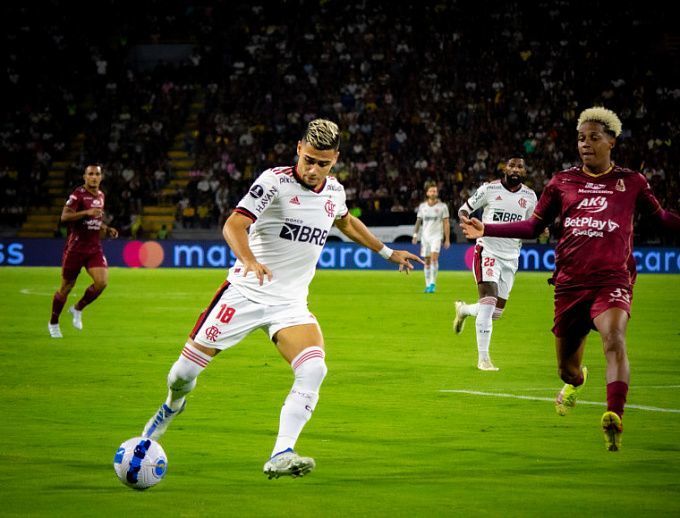 One of the centerpieces in the Brazilian Serie A round 15 will be the match between Santos and Flamengo, the two giants of Brazilian soccer. Despite Flamengo's status as one of Brazil's strongest teams, bookmakers are in no hurry to make Mengao a huge favorite.

Santos approach the match against Flamengo with a four-match winning streak under their belt. In this period, the Fish played in a draw with Bragantino, Corinthians, and Deportivo Tachira and lost 0-4 to Corinthians in Copa do Brasil. They can already kiss this tournament goodbye. Such a result makes it obvious. So, for the national championship, Santos has a particular mood. And in the match against Flamengo, the Fish will try, at least, to get points. Santos's home statistics are 9th in the division, with only one loss in seven games on a goal difference of 12-6.

After a bad start to the season, Flamengo is slowly gaining form. For example, the Scarlet-Black won the last two maches, both of them wins to nil: 3-0 against America and 1-0 away against Tolima. Obviously, Flamengo's priority right now is the Copa Libertadores playoffs, but we doubt the Scarlet-Black will treat the upcoming game without proper respect. At the moment, every game in every competition is crucial for Flamengo, so we expect a lot of activity from Fla, even if they will not play their best squad. Flamengo has the 15th best away statistics in Serie A, +1=2-4, 6-11 goal difference.

Santos and Flamengo have played each other 46 times, +15=12-19, 56-62 goal difference in favor of Mengao. In Serie A, there have been 42 matches, +14=12-16, 51-49 also for Flamengo. It should be noted that in addition to the Brazilian championship, the opponents have faced off in Copa do Brasil and Copa Libertadores. There are 22 head-to-head encounters recorded on the field of Santos, +10=7-5, 38-26 goal difference in favor of Santos.

Not an easy pairing, as you can tell from the lineup. We are on the side of Flamengo. We believe that Mengao will now cling to points in every tournament, especially in Serie A, where the Scarlet-Black are not doing so well with the results. As for the total, we don't expect lots of goals to be scored in the upcoming meeting. We offer the following betting options: