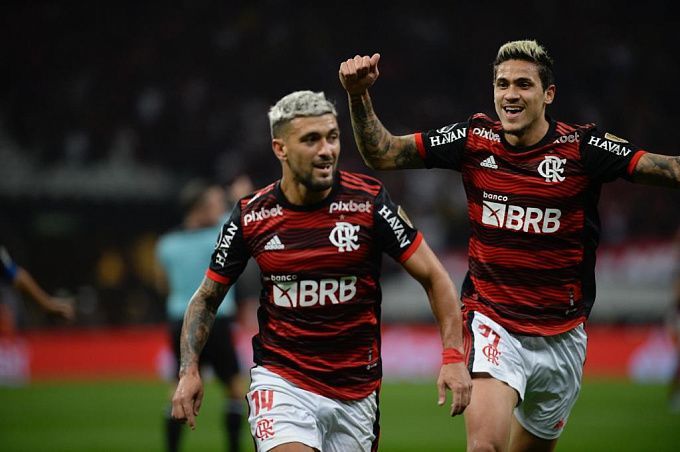 One of the matches to open Brazilian Serie A round 21 will be the encounter between São Paulo and Flamengo. Despite the home advantage, the bookmakers are on the side of Mengão. The club from Rio has gained good form. However, do not forget that São Paulo is a very dangerous opponent at home.

São Paulo continues to fight on three fronts. In addition to Serie A, the Tricolor also plays in Copa do Brasil and Copa Sudamericana. It seems that the two cup tournaments are of paramount importance to São Paulo. The thing is that South America has slightly different rules than Europe to qualify for the strongest tournament, in this case, Copa Libertadores. Country Cup winners, like the winner of Copa Sudamericana, are eligible for Libertadores. Given the difficult situation, São Paulo has in the championship, the cup tournaments are a perfect chance for the future home team. And just three days later, São Paulo is to play the return game of the Sudamericana quarterfinals against Ceará. Recall that the first match of the confrontation saw São Paulo win at Morumbi with a score of 1-0. In Serie A standings, Tricolor occupies 10th place with 26 points. The team's home stats are 13th best in the division, +4=4-1, 17-11 goal difference.

Flamengo also continues to fight on three fronts. However, Mengão has not yet left the hope of winning Brasileirao. That said, the gap from Palmeiras is 9 points, and the density in the Brazilian elite is very high. Mengão solved the problem of reaching the semi-finals of Copa Libertadores by a large percentage, beating Corinthians 2-0 on the road. Overall, Flamengo has a seven-match unbeaten streak, with the Scarlet-Black winning six games and having one draw during this period. Flamengo has a four-match winning streak in Serie A. In Serie A, Flamengo has the 9th best away statistics, +3=2-5, 10-14 goal difference.

In our opinion, Flamengo has a good chance to win at Morumbi. However, two facts discourage us from taking the away win as the first bet. First, although São Paulo is only ranked 10th in Brasileirao, the future hosts have only lost once at Morumbi in Serie A. Secondly, Flamengo has negative statistics in matches at Morumbi. At the same time, Flamengo is a productive team, with only one game seeing TU (1.5), the Cup game against Athletico Paranaense. We believe that the Scarlet-Black will score points in the upcoming game and at the same time, the teams will score at least two goals against each other. And in general, we offer the following betting options for the meeting: