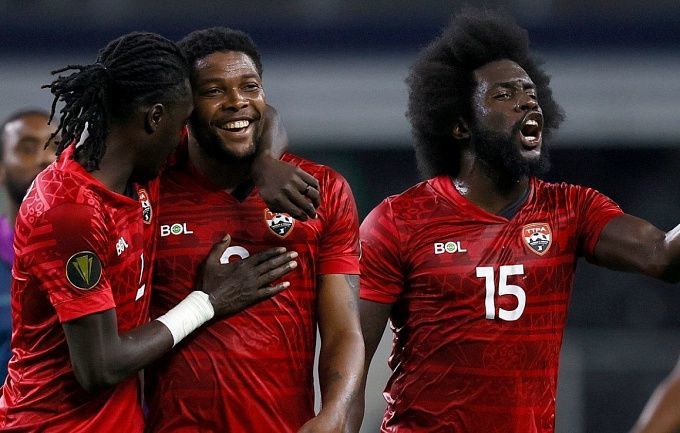 El Salvador has taken the lead in Group A after the first round of the Gold Cup, and now they have a chance to advance to the quarterfinals early. The Trinidad and Tobago team surprised everyone at the start of the Cup, and it will not be easy to beat them.

The Trinidad and Tobago team has not shined on international matches in recent years and is still considered an outsider in the Gold Cup. The team did not bring all of its strongest players to the U.S.: Inter Miami guard Joevin Jones is out of the team, while Khaleem Hyland and Judah Garcia will not play due to injuries. The best player of the Trinidadian team should be considered Kevin Molino, who scored 23 goals with the national football team uniform. The current season in the MLS is not very good for Molino, which is alarming. Now in the lineup of the team has 12 defenders at once, so that it is clear that the team is going to hold on in every game.

So far, the strict defense plan is bearing some success: Angus Eves' men have won two Gold Cup qualifying matches (one of them on penalties), and their current unbeaten streak is seven games. In Week 1, Trinidad and Tobago sensationally held off Mexico with a score of  0-0. Already in the 1st half, the team could concede 1-2 goals, and the chances at its goal were frequent. At the same time, almost all 11 players of the Trinidadian team huddled near their own penalty area, and shots to the forwards still worked. In the end, one goal was even ruled out due to a minor offside call. In 90 minutes, the Trinidadians allowed their opponent 30 shots on goal, returning four of their attempts, but not once in the box.

The El Salvador national team has played consistently in the final stage of the Gold Cup in the last 14 years, although it has not even managed to reach the semifinals in that stretch. Local players very rarely go to European clubs, and now the lineup is composed mainly of representatives of the home championship. There are young players who have been playing in the MLS club system for a long time, but so far they have not had enough game practice at the adult level. Eriq Zavaleta and Alex Roldan have become a serious reinforcement for the Salvadoran team, with Roldan scoring in his first game for the national team.

It was Roldan's goal that helped the Salvadorans beat Guatemala in the 1st round of the Gold Cup - 2-0. The match took place just two days ago. In the match against Guatemalans Hugo Perez's players seized the initiative from the very first minutes, but for a long time, there were no dangerous chances. In the second half, the team continued to press and took the lead in the 80th minute thanks to a long-range strike by Roldan. In the end, the opponent almost equalized, but before that, the Salvadorans missed a dangerous counterattack. In the 96th minute, they doubled the lead on a fast break by Joaquin Rivas.

The Trinidad and Tobago team plays strictly on defense, while constantly operating on the brink of a foul. On offense, they still look helpless, and it will be extremely difficult for the Salvadorans to score. The visitors also had problems in front and the number of sharp chances they did not really surpass the Guatemalan team. We should expect dull football in this match, and one goal could decide the outcome of the game. I suggest betting on the following outcomes: