USA vs Mexico: the Mexican will get the final victory! 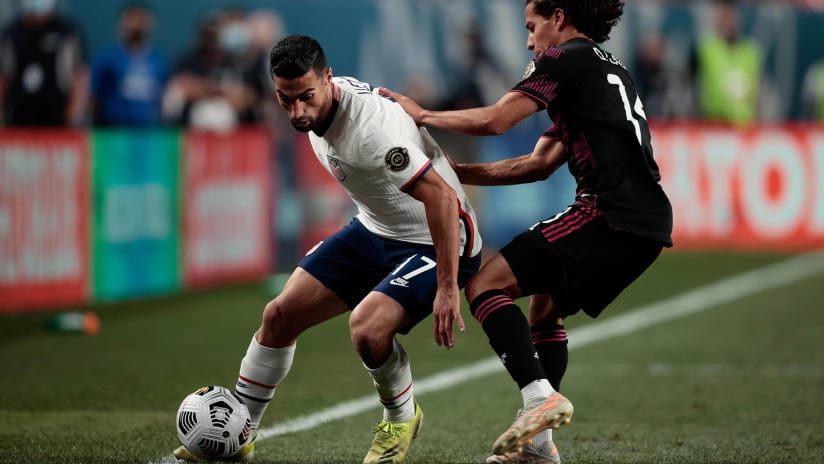 Both the national teams of the USA and Mexico have been considered the favorites of the CONCACAF Gold Cup, now they will battle in the final to decide who is the best of the best. Initially, the bookmakers regarded both teams as equals in the tournament, but now there is a clear bias that the new favorites are the Mexicans. What should we expect from the upcoming match?

The Americans are actually playing with the second line-up in this Gold Cup. The team is almost entirely composed of MLS players, with some others who play in Europe. Nevertheless, by CONCACAF standards, the US team is quite competitive, and in terms of performers, it surpassed most of the participants in the tournament. Gregg Berhalter's wards do not show the brightest game in attack, but know this and put more effort into the defense. At the Golden Cup, 4 out of 5 matches of the teams ended with a score of 1-0, and the winning streak is 6 matches already. In the group stage, the USA national team defeated teams of Martinique, Haiti, and Canada, and were stronger than Jamaica and Qatar in the playoffs.

The semifinal match against the Qataris ended with a score of 1-0. From the very first minutes, their opponent had the initiative, although it was not enough to beat the USA team, who again played tightly in their defense, which is why Qatar had to shoot more often from outside the penalty area. After the break, the Americans went ahead, and in the 51st minute, Daril Dyke did not convert one-on-one. Soon, the team was very lucky: the Qatar team player did not score a penalty. In the end, Gyasi Zardes opened the score, after which the opponent had no time to recoup.

The Mexicans also did not bring all of their strongest players to the tournament, but their lineup is much closer to an optimal one than that of the USA team. Andres Guardado, Diego Laines, Jose Juan Macias, and Raul Jimenez do not play in the Golden Cup for various reasons, and Irving Lozano was injured in the 1st round. Nevertheless, Eric Gutierrez, Jesus Corona, Hector Herrera, and Edson Alvarez are in the ranks, and Rogelio Funes Mori and Orbelin Pineda have shown themselves excellently, scoring 3 goals each. Yes, the Mexican national team started the cup with a draw against Trinidad and Tobago (0-0), but then they defeated Guatemala (3-0), El Salvador (1-0), Honduras (3-0), and Canada (2-1).

The semi-final match against the Canadians was not easy for Gerardo Martino's charges. Yes, the Mexican national team had a longer possession of the ball and shot more often on goal, but the Canadians' attacks looked sharper. For most of the match, the Mexicans did not have clear scoring chances, but they managed to score their first goal from the penalty spot. After the break when the score was 1-1, Carlos Salcedo did not convert the penalty, and only, in the end, did the team really activate. At first Funes Mori made a dangerous pass into the penalty area, and just before the final whistle, Hector Herrera scored the winning goal.

Both teams experienced serious difficulties in the semifinals, but in general, the Mexicans look more confident in the tournament. The team creates more poignant moments in the game, although in the battle against Canada there was still a lack of creativity in the attack. The USA team plays defensively, is good at scoring chances, and without some luck it would not have made it to the Golden Cup final. Their match history show us a better performance by the Mexican team: it has been winning more often in official games lately, and it fought on equal terms with the first roster of the USA team. The following betting options should be considered: