Paraguay vs Bolivia: Paraguay will be triumphant 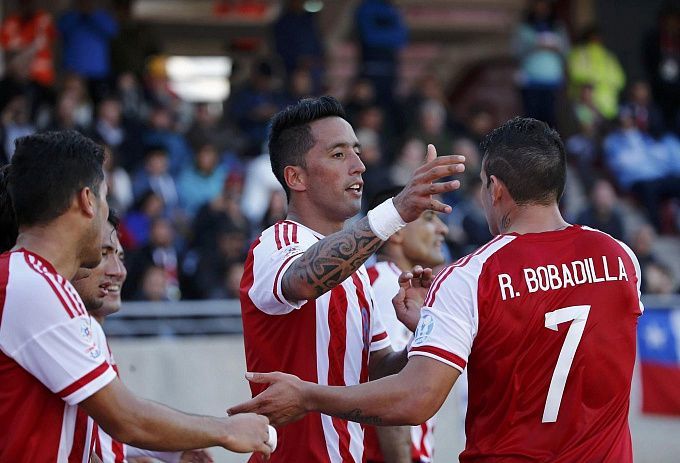 Paraguay and Bolivia are the underdogs at the 2021 Copa America. Who will be able to score points in the face-off between these teams at the start of the tournament? Our prediction: the Red and White will win easily!

Paraguay is not a very strong team. Yes, they managed to advance from the group stage at the last Copa America, but in three games they scored only two points, so you should not overestimate this success, and in the quarterfinals they lost to Brazil, albeit in a penalty shootout. Qualifying for the World Cup 2022 Paraguayans spend not the best way, as in the six initial meetings they could get only one victory over Venezuela - 1-0, four more times they tied, and in the last round lost against Brazil - 0-2, because of which they dropped to sixth place in the standings.

Bolivia is the weakest team in the Copa America. Yes, in the current qualifying tournament for the World Cup 2022 they are currently in third place from the bottom, but the enormous local advantage: for all opponents it is extremely difficult to play in high altitude conditions. In the Copa America the Bolivians will not have such superiority, and therefore we should not expect good results of for this team. By the way, in the middle of the last century they won the continental championship, but the tournament was held in Bolivia, which was the main key to their success.

Paraguay is a very weak team, but even the Bolivian team looks much weaker than it. In the last eight games of Copa America, Bolivia reached the quarterfinals only once, and in other cases, they were eliminated at the group stage, and at the last tournament, the greens lost all three games with a total score of 2-9. Of course, the Paraguayans have to take advantage of the calendar, which has given them the underdog of Copa America in the first match, so we should bet on the victory of Paraguay with a handicap (-1,5) at odds of about 1.42.

The Bolivian team plays surprisingly well offensively, but their defense is a disaster. In the last 14 matches, the Greens have managed to concede 35 goals (2.50 goals per game average), which is a very poor indicator. Yes, Paraguay is far from having the strongest attack on the continent, but they have to break open such a weak defense more than once, and in the last four head-to-head encounters the Red and White have scored eight goals against the Bolivians (2.00 average per game). On this basis, the optimal variant for the forecast seems to be an individual total of Paraguay more than 1.5 goals at odds close to 1.67.

The Bolivian team is the clear underdog in the upcoming battle, so it is important for Paraguay to open the score quickly to prevent the opponent to believe in the possibility of winning points, otherwise, the Bolivians are capable of a lot of things on heat. Of course, in such a situation, the Red and White will try to actively spend the initial part of the face-off to take the game advantage with an early goal, so it is worth looking at the bet on the goal in the first half with an odds of about 3.25.