America Mineiro vs Atletico Mineiro: Galo to strengthen their position in Copa Libertadores 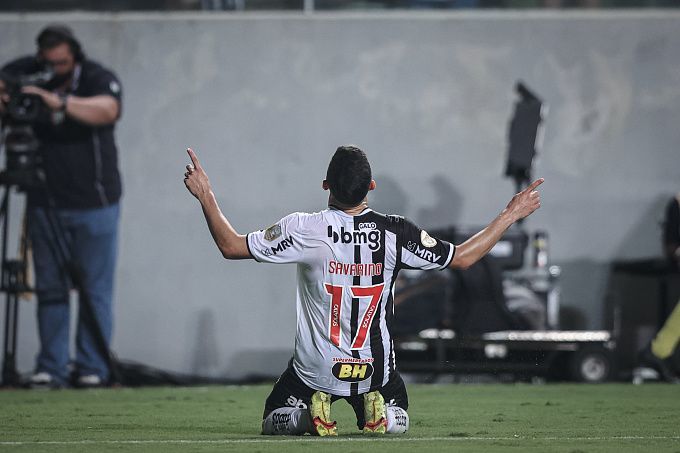 Before the start of the Copa Libertadores group stage, it seemed that Galo would have no problem making the playoffs, but after three rounds it is clear it did not work like that and Rooster are not yet certain to make it to the top 2 of the group. In order to make a playoff spot a reality for the champion, it is very important for Atletico to beat their geographic neighbor this coming Wednesday.

Despite a busy schedule that America is not used to, the future hosts aren't doing too badly. In Copa Libertadores, America has only one point so far and a loss in the upcoming game could put an end to the club's claim for a place in the Copa Libertadores playoffs. After losing 2-3 to Tolima in the third round of Copa Libertadores, America played a home game against Atletico Paranaense in Serie A, winning 1-0. Also note that the first round match against Atletico Mineiro ended in a 1-1 draw. In 90 minutes of the match against the neighbor, America hit the goal line once to score. Galo had a huge territorial advantage, shot 28 times on goal, but it was only enough to tie the score.

After a 3-0 victory over Brasiliense in Copa do Brasil, Atlético Mineiro played three games in a draw: two in the championship against Coritiba and Goias, and one with Independiente del Valle in Libertadores. Such a streak by no means embellish the reigning champion of Brazil, who must be torn on two fronts, although Galo's coaching staff was aiming at securing a top-2 place in the Libertadores group as early as in 4 rounds played. Also, there was a lot of resentment toward America for the first round game, when the Rooster managed to score only once to tie the game. In general, we expect the Athletes to be as active as possible in their game against their geographic neighbor and pick up the much-needed three points.

America Mineiro and Atletico Mineiro have played each other 45 times in four tournaments. In addition to Serie A and the state championship, the opponents crossed paths in Primeira Liga and Copa Libertadores. Atletico has a high winning percentage, 58% or 26 in 45 games. The teams have also drawn 15 times and America has won four meetings with a total goal difference of 78-34 in favor of Galo. Atletico won 13 of 22 games on America's field, or 59%, with seven draws and two victories for America. The goal difference in these games is 37-15 in favor of the reigning Brazilian champion.

The draw in the first round of the current Copa Libertadores is nothing more than a fluke. In that game, Atlético Mineiro was head and shoulders above the opponent, with 28 shots on goal, but the Galo didn't have enough to do more than tie the game. We believe that Rooster will have their revenge in full on Wednesday. We expect a confident win of the guests. W2 for 1.72 at the line of Bet365.

Atlético Mineiro has one of the best defenses in Brazil, perhaps even the best. The would-be visitors have a string of wins-to-nil this season in all tournaments they've taken part in. We wouldn't be surprised if Rooster keep a clean sheet in the derby and score twice. Correct Score 0-2 for 8.00 at 22bet.