Boca Juniors vs Always Ready: Bet on a low-scoring win for the hosts 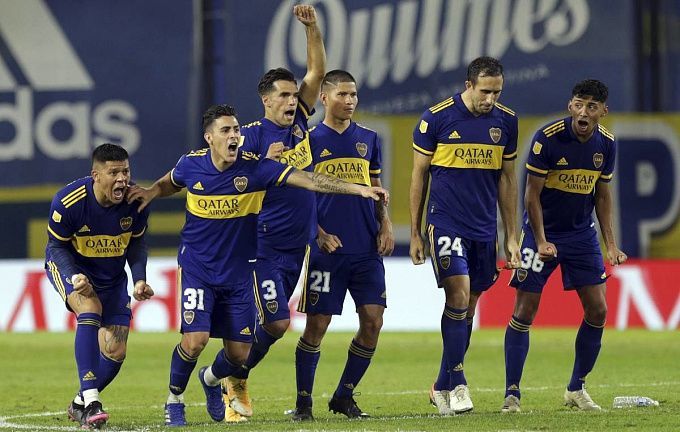 The legendary Boca Juniors will face the Bolivian team Always Ready in round 2 of the Copa Libertadores. The opponents had a completely different start in the tournament: the Argentines lost their away game, while the Bolivians made a sensation by beating the Brazilians at home. Despite such a start, bookmakers believe that the guests’ chances of a positive outcome are extremely slim.

After a crucial win over River Plate on March 21, Boca Juniors has played three games in two tournaments and the Genoese have not been able to win once in that period. In the Argentina Primera Division, Boca Juniors drew first with Arsenal Sarandi and then with Velez Sarsfield. In the Copa Libertadores, the Genoese sensationally lost away to Colombian club Deportivo Cali by a score of 0-2. It should be noted that the Genoese conceded both goals in the second half, closer to the end of the game. After such a poor start, we would expect Boca to be as active as possible and win their second-round game, or their chances of qualifying for the playoffs would plummet.

The Bolivians unexpectedly beat Corinthians of Brazil 2-0 in the first round of the Copa Libertadores. On the other hand, why is that surprising? We all know very well that the Bolivian highlands are a big problem for most visitors, both the national team of this country and its clubs. And the real strength of Alway Ready will be seen just in the upcoming game against one of the strongest teams in South America. In their national championship, the future guests are in fourth place, in the playoff zone, however, eight points behind the leading Blooming, which they lost to at the beginning of April with a score of 0-1.

Obviously, the Boca Juniors are superior to Always Ready. But the Genoese themselves are not very good with the productivity, having had individual total over (2.5) only once, in the match against Central Cordoba, and so Boca did not score more than two goals against their opponents. As for Always Ready, we doubt that the Bolivians will be able to score even once away. Our first bet is a combined W1+TU (3.5) for 1.90 at 22bet & 1xbet.

The second bet will be on the correct score. We believe that Boca Juniors will score twice and the Bolivians will leave the field without a goal. Correct Score 2-0 for 5.00 at bet365.