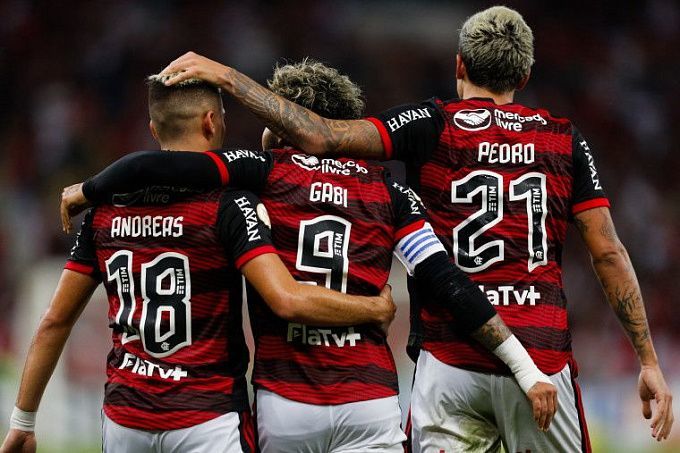 In the first leg of the Copa Libertadores round of 16, Colombia's Tolima will face Brazil's Flamengo at home. Despite the home advantage, bookmakers think Flamengo is the favorite. We will pay attention to the good form of Tolima, though they lost the playoffs final to Atlético Nacional.

Tolima won Group B of the Apertura and qualified for the final playoffs of the Colombian championship, where they faced Atletico Nacional. The first match took place on Atlético Nacional's field and brought a 3-1 victory to the home team. A week later, the opponents met on Tolima's field, where the home team took revenge, but only with a score of 2-1, which was obviously not enough. It should be noted that Tolima finished second in Group D at the group stage, only behind Atlético Mineiro on goal difference. Tolima have one victory, one draw, and one defeat at home.

Under the new coach, Flamengo's results haven't improved much yet, but there are already two home wins over Cuiabá and América. Also during this period, the Scarlet-Black lost away to Inter and twice to Atlético Mineiro, in the championship and the cup. In Brasileirao, Mengão is still only 9th, three points behind Fluminense located in the Libertadores zone. In the Copa Libertadores group stage, Flamengo took first place in Group H with 16 points out of a possible 18. Flamengo won twice and drew once away and Mengão scored in every away match within the international tournament.

Flamengo has a four-match losing streak on the road, and the streak under the new coach has already spanned three matches. Obviously, with such statistics, it is not necessary to bet on Mengão's victory in Colombia. On the contrary, there is a great temptation to bet on Tolima, which had lost the final of the Apertura playoffs and is highly motivated. In general, we will not be surprised to see a draw here, and the Brazilians will certainly not mind, because there is still a match at the Maracana, where the Mengão will be the big favorites. As for the main bet for the upcoming match, we believe that we should opt for goal exchange. Tolima is dangerous at home, regularly scores, and the Scarlet-Black scored in every guest match in the Copa Libertadores group stage.