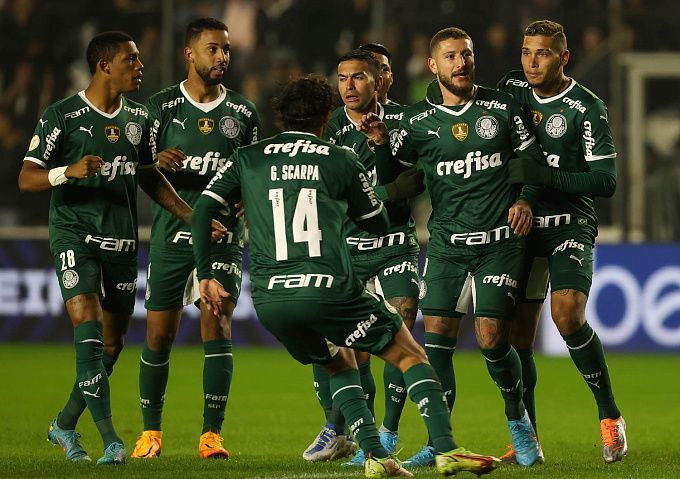 Palmeiras will finish the group stage of Copa Libertadores with a match against Venezuelan club Deportivo Tachira. Despite the lack of tournament motivation, the Greens are quoted as the big favorites.

Palmeiras have five wins out of five In Copa Libertadores, 15 points under their belt and a guaranteed first place in Group A with a goal difference of 21-2!!! On their field, the Greens defeated Independiente Petrolero 8-1 and modestly beat Emelec 1-0. While in Copa Libertadores they are doing great, already preparing for the playoffs, the team is only second in Serie A, behind Corinthians, the leader of the championship, by two points. In four days, after the match against Deportivo Tachira, Palmeiras will play against Santos at the opponent's field. Obviously, for the Greens, it is the upcoming match against the Fish that is more important.

Deportivo Tachira approach the upcoming game against the strongest team in South America with a 2-match winning streak. In Copa Libertadores, the future guests beat Independiente Petrolero with a score of 3-0. And in the national championship, this team was stronger than the Mineros de Guayana. That means that Deportivo's current tone is very good, plus the visitors have a decent motivation. In case of winning the upcoming game the Venezuelans will definitely make the playoffs in Copa Libertadores. But even the defeat may not be critical in case Emelec can not win their match against Independiente, which, however, is quite doubtful.

Palmeiras and Deportivo Tachira have played each other five times and all five games were won by the Brazilian team. In the first round of this season, the Greens defeated the Venezuelans on their field with a score of 4-0. The first time the opponents met was in 2005: 3-0 and 2-1 in favor of Palmeiras, then the teams crossed paths a season later: 2-0 and 4-2 in favor of the Brazilian club.

Palmeiras are in great shape, and despite the lack of tournament motivation and the upcoming match against Santos, it is the Greens that are quoted as the big favorites. Also note that Palmeiras have not conceded goals in the last three meetings against Bragantino, Emelec and Juventude. We believe that the Greens have a great opportunity to extend this streak to 4 matches. Here are the betting options for you to consider: