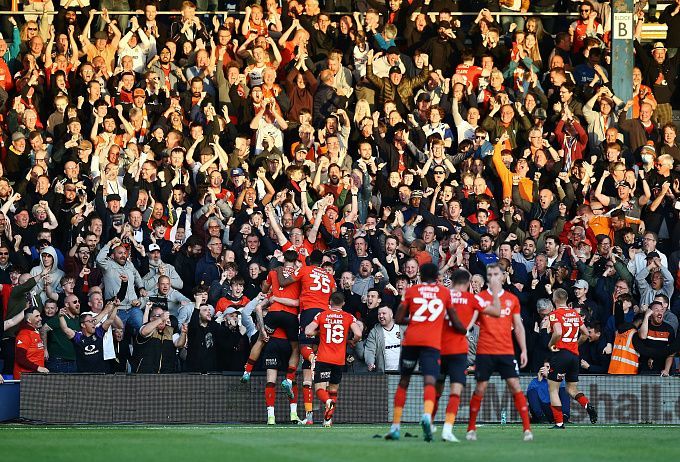 Huddersfield Town will take on Luton Town in the second leg of the semi-final match of the Championship playoffs. Who will get into the decisive game of the season?

A draw with Luton Town in the first leg interrupted Huddersfield Town's winning streak in the Championship. Prior to the game against the Hatters, the Terriers had won four straight. In total, the club's unbeaten streak in the tournament has already grown to eight games. The last defeat for Huddersfield was recorded on March 19, 0-3 at home to Bournemouth.

Luton's form is worse if compared to the Terriers. The last ten matches in the Championships saw the Hatters win five times, with two defeats and three draws. Luton Town finished the regular season sixth in the table, while their opponent finished third.

The first semi-final meeting of the Championship playoffs ended in a draw. Sinani scored for Huddersfield in the opening stages, but Bradley restored the status quo before the break to play a 1-1 draw. It is worth pointing out that Luton failed to beat Huddersfield for five games in a row. In total, the clubs have met 29 times. In terms of victories, the guests of the upcoming meeting are ahead, 12-10.

I believe it will be the exact opposite in the return game. While at Luton Town all the goals were scored in the first half, the Terriers' arena will see the main events occur only after the break. The teams will act with caution, as the price of error is very high. I propose to consider Huddersfield's goal in the second half as the main bet. You can also choose the halftime performance and the total over in the second half of the match.