Luton Town vs Blackburn Rovers: Bet on Blackburn to win 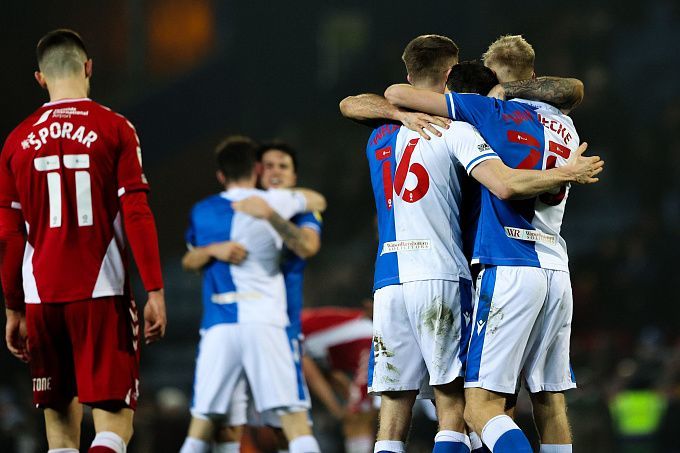 Luton Town will take on Blackburn Rovers at home in round 29 of the EFL Championship. Will there be another match with goals for both clubs?

Luton Town has been good in recent Championship appearances. In the previous six matches, the Hatters have shown progress, achieving four victories. In round 28, the club's opponent was Bristol City, and the Hatters beat them at home with a score of 2-1. Following the results of 26 games, Luton Town has 38 points and occupies the 11th line in the standings.

After an away 0-2 loss to Hull City, Blackburn Rovers returned to their arena. The previous weekend, Tony Mowbray's team faced Middlesbrough. They had to try hard to get a positive result. In the final stretch of the game, Blackburn still managed to hit the opponent's goal, the winning goal was scored by Gallagher. The Rovers sit second in the Championship table with 52 points, five points behind leading Fulham.

In the first round of the current Championship campaign, Blackburn Rovers and Luton Town were marked by good productivity in the attack. Tony Mowbray's charges scored two goals in the first half, but the Hatters did better after the break. Luton played the final segment powerfully and snatched a 2-2 draw in extra time. It was the 44th encounter between the teams. Luton Town is ahead in terms of wins, 17-13.

Bookmakers believe that Luton Town will win. However, we suggest considering the opposite option. In the previous weekend, Blackburn Rovers made up for the defeat and got a very important victory over Middlesbrough. The club has a really good chance to return to the elite of English soccer. In the first half of the season, the Rovers could not keep a comfortable lead over the Hatters. I expect that this time Blackburn will act more decisively and will not miss the opportunity to score the next three points in the Championship. I suggest betting on the following lines: