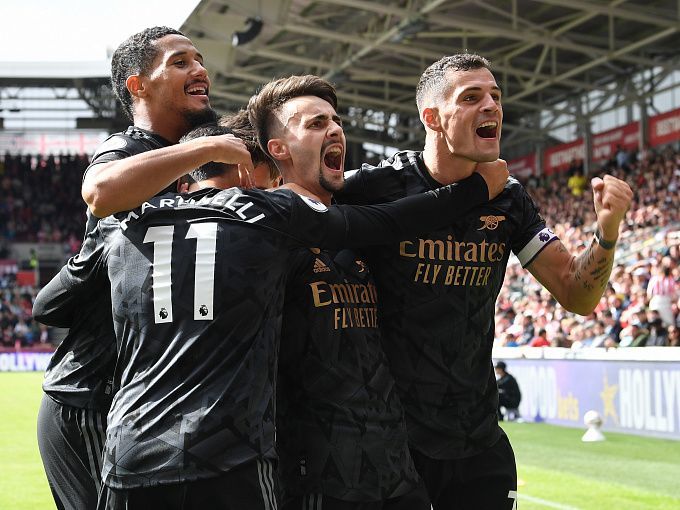 One of the central matches in the ninth round of the English Premier League will see Arsenal take on Tottenham. The Gunners have an excellent streak of six wins in a row at the Emirates. Will Tottenham be able to spoil the mood of their neighbors, as well as correct the poor performance statistics on the road against Arsenal? We present key information about the upcoming game, offering the best predictions for the EPL match.

Arsenal's only misfiring by this stage of the season is their performance at Old Trafford. Against Manchester United, Mikel Arteta's men did not look their best and suffered a 1-3 defeat. After that game, the Gunners were successful on the road against Zurich, winning 2-1 (Europa League group stage). Then Arsenal traveled to visit Brentford and returned to winning ways in the EPL, scoring three unanswered goals. Thanks to the latter result, Arteta's team retained their lead in the league – the Londoners are now one point ahead of their closest pursuer.

One of the closest pursuers is Tottenham. Antonio Conte's side have lost two points in the current EPL campaign, but so far the Spurs are undefeated. The draws came against West Ham United (1-1) and Chelsea (2-2). The London club's last opponent was Leicester City. At certain moments of the game Tottenham had a hard time, but Son made the difference in the final stretch, scoring three goals. In this game, the Spurs defeated the Foxes with a score of 6-2. Now Tottenham are in third place, also behind Manchester City (only on goal difference).

If we evaluate the form of the clubs, then it is the Gunners who look more interesting in the first seven matches. The Spurs had to try hard in several games to get three points. At the moment the attacks of both teams look stronger than the defense. Total Over (2.5) for 1.75 at 1xbet seems like a great option to bet on.

Here is another interesting statistic: in the last 16 face-offs between Arsenal and Tottenham the away team could not win. This is the longest streak in the history of confrontation between the clubs. It is possible that this streak will continue. Bet365 offers odds of 2.05 on Arsenal’s victory. The third option is Correct Score 2-1, and you can bet on it for 8.50 at Betway.