Burnley vs Southampton: Bet on Total Over 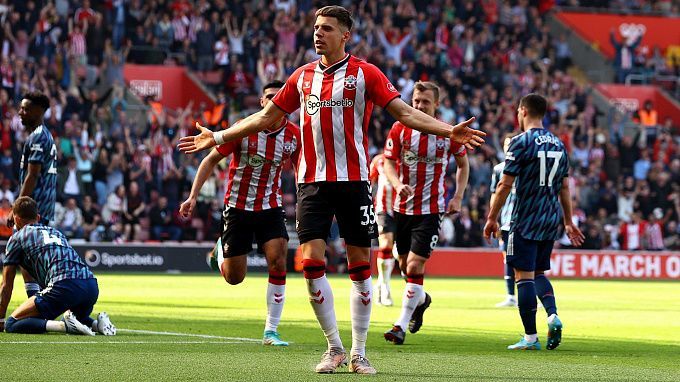 Burnley will take on Southampton in the rescheduled match of the EPL round 30. Will there be another productive face-off between the teams?

After the retirement of Sean Dyche, Burnley traveled to visit West Ham United. The team looked quite decent against the European Cup challenger. In the first half Burnley took the lead through Weghorst, and it was before the break that Cornet could have increased the team's lead only to fail to convert the spot-kick. In the final stretch of the game the club failed to retain the advantage, as Soucek sealed the tie 1-1. Following the results of 31 games, Burnley have 25 points and sit 18th in the EPL table.

Last week, Southampton managed to interrupt the unsuccessful streak in the Premier League. On Matchday 33, the Saints' opponent was Arsenal from London. In the end of the first round the only goal in this meeting was scored by the central defender Bednarek. Following the results of 32 matches, the club has 39 points. Currently Southampton is 13th in the standings.

In the first round, Burnley and Southampton pleased with high efficiency. There was a 2-2 draw on the Saints' pitch. The clubs met in 63 games in all competitions. In terms of victories, the home team has an advantage of 23-22.

Most of the last face-offs at the Turf Moor turned out low-scoring, with Total Under (2.5) goals scored. However, when looking at the statistics, the reverse line prevails in recent seasons. It is the Total Over I suggest we take as the main bet. Burnley will fight to the last, not to fly out of the EPL. The Saints have their own tasks: in case of victory in the upcoming match, Ralph Hasenhüttl's team can return to the top ten of the table. We expect a highly productive game at Burnley.