Tottenham vs Liverpool: Bet on the first loss for Conte this season in the EPL 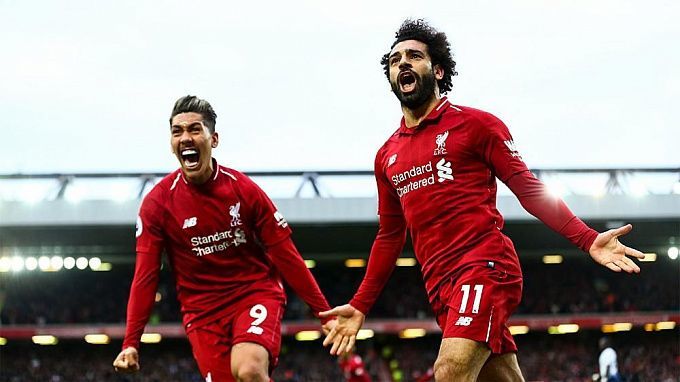 In these times of uncertainty, every match is worth its weight in gold for fans and spectators. That is why we are waiting with particular trepidation for the match between Tottenham and Liverpool. Along with it comes the confrontation between Antonio Conte and Jurgen Klopp. How will it turn out? Another Merseyside triumph?

Tottenham have been out of soccer for two weeks. The game with Burnley was cancelled because of the weather, and the meeting with Rennes and Brighton didn't take place due to the COVID-19 outbreak on the Spurs. On top of that came a cancellation with the similarly covid-pat Leicester. The Londoners will leave the Conference League because of a busy schedule.

Nevertheless, under Antonio Conte, they have come close to the top 4. Tottenham are fourth on points lost and seventh on points gained, trailing their archrivals Arsenal by four points with three games to spare and fifth-placed West Ham by three points.

Under Conte, the Spurs have been unbeatable for four games. First, there was a nil game against Everton, then a streak of three wins in a row. They beat Leeds (2-1), Brentford (2-0), and Norwich (3-0). Now Don Antonio will face a much more serious opponent that will help us understand the real potential of the capital club.

Liverpool continues to chase Man City in the leadership race and does not let the Citizens go an inch. The Reds are now on a six-match winning streak. COVID-19 has taken a bit of a toll on Jurgen Klopp's team, losing Virgil van Dijk and Fabinho as a result. But that didn't stop them from beating Newcastle 3-1. Thus, the total score of the last six games is now 17-2. And the gap between them and City is only one point. Klopp was lucky to lose only van Dijk and Fabinho, who are to return soon.

Tottenham and Liverpool have met 175 times. Liverpool leads with a clear advantage of 84-48. The last meetings were successful for Jurgen Klopp's team. Since September 2018, the Reds have consistently won in face-offs, including the final two years ago. Last season, the match at Anfield ended with a hard-fought 2-1 victory for Liverpool. The return leg in London also saw a 3-1 triumph for the Merseysiders.

We believe that the unstoppable Mohamed Salah will once again score against the unstable opponents. The Spurs have lost their shape over the past two weeks. Yes, they could have adapted better to Antonio Conte's demands, but in that time Liverpool have not become weaker. That is why we recommend betting on the Egyptian's goal for 1.84 from Betway, as well as on the Handicap Liverpool (-1) for 2.06 from bet365.

In conclusion, we are inclined to believe that Liverpool will be dominant on the opponent's field, which will be reflected in corners, as Tottenham will play from the opponent, not from themselves. 1xbet gives odds of 1.67 for the Corners Handicap Liverpool (-2.5).