England (w) vs Germany (w) Prediction: Another Tragedy For English Football At Wembley 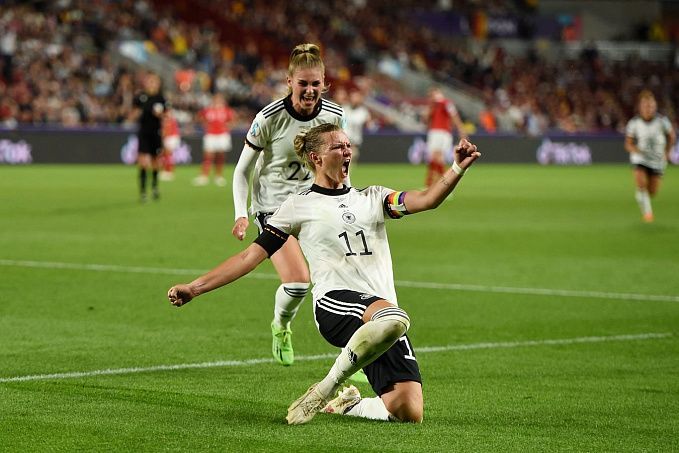 On July 31, 2022 Wembley Stadium will host the UEFA Women's EURO final, which will bring together the national teams of England and Germany. The game is scheduled to start at 19:00 (UTC+3).

The England women's national football team has never become a winner at major international tournaments. The best achievement of the English team was the final of Euro 2009, where they were left with the silver medal. Now they have repeated that achievement, but they hardly intend to settle for that. Sarina Wiegman's players have been looking great at home. They defeated Austria, Norway, and Northern Ireland by a total score of 14-0 in the group stage, and in the quarterfinal they snatched victory over Spain 2-1 in extra time. However, in the semifinal they left no chance for Sweden 4-0.

The German women's national football team is the most decorated in the world. They have only twice become world champions in international fora, but at continental tournaments, they rarely allow anyone to offer them an excellent resistance. Before Euro 2022, the Germans reached the finals ten times, achieving triumph eight (!) times. And now Martina Voss-Tecklenburg's players look very powerful: in the group, they defeated Denmark, Spain, and Finland with a total score of 9-0. Then, not so easy, but still, they beat Austria 2-0 in the quarterfinals, and France 2-1 in the semifinals, scoring the winning goal in the 76th minute.

Over the history, the teams have played 14 matches against each other. The British won two games, while the Germans were stronger in nine, other two matches a draw. The last time the opponents met was in February 2022, when the victory was celebrated by the England national team players (3-1).

A year ago, Wembley hosted the EURO final, with England and Italy's men's teams competing for the trophy. Back then, most fans left the stadium upset because their team could not win the long-awaited title. Something similar is very likely to happen this time too. The English have never won a major international tournament in their history. In contrast, the Germans have plenty of such experience as they have won eight out of ten Euros they have participated in. Moreover, the German national team has not lost a single final in the continental tournaments, so now we are betting on their final victory for 2.00.

The Euro 2022 quarterfinals have been goal-poor, but you can't say the national teams have been playing cautiously. On the contrary, they attacked a lot, but the ball did not get into the net. However, the semifinals pleased us with two high-scoring matches, when the British defeated the Swedes 4-0, and the Germans snatched a 2-1 victory from the French. So in the final, despite the enormous tension and high intensity of the match, we can expect a goal battle. Both teams make defense mistakes, while their attack level is very solid. On this basis, we suggest betting on Total Over (2.5) goals at odds close to 2.15.

In the Euro 2022 final, we will see not only the confrontation between England and Germany but also their leading scorers: Bethany Mead and Alexandra Popp have already scored six goals each. And while such activity was expected from the English national team forward - after all, she scores a lot for Arsenal - the German holds a fantastic European Championship. Over the last season and a half for Wolfsburg, she scored only seven goals, and for the five games at Euro-2022, she scored six goals. And she scores in all matches without exception, and she even made a double in the semifinals. You can bet on Alexandra Popp's goal for 2.60.

Our Prediction: Team Germany will win the tournament for 1.98 at 1xbet.