EURO 2020 Prediction: betting on non-obvious outcomes in Group F - The group of death 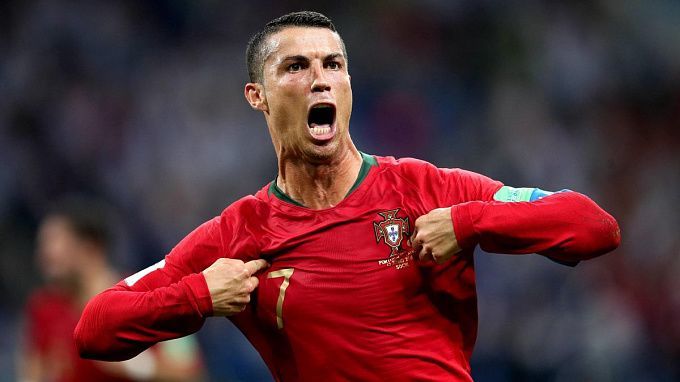 The group stage of EURO 2020 promises a lot of interesting matches and unexpected results. There are the Belgians with their super lineup, and the Russian team, starting the second major tournament in a row at home, and the unpredictable English with Harry Kane at the cutting edge of the attack. The biggest interest, however, at the first stage of the European Championship is Group F, the real «quartet of death». Reigning World Champions France, the winners of the last EURO Portugal, and traditionally strong Germany start the tournament here. Let's choose several bets on the final alignment of forces in this supergroup.

France is back in contention for the title

The last time France came to the UEFA EURO as the reigning world champion was in 2000. Then the team, led by Roger Lemerre, after winning the home World Cup in 1998 managed to win the continental championship. In the final, the French beat the Italians in a dramatic match at the Feyenoord Stadium in Rotterdam. Already in injury time, when the Squadra Azzurra began to celebrate the trophy, Sylvain Wiltord converted the meeting into extra time, wherein the 103rd minute David Trezeguet managed a great shot under the crossbar. Under the Golden Goal rule, the meeting was abandoned as France won their second major tournament in a row.

The captain of that team was Didier Deschamps, who since 2012 has been coaching a new generation of French superstars. The current team, of course, does not have Zidane, Henri, or Patrick Vieira, but, nevertheless, at the last World Cup, the superiority of France over all others was palpable. Why shouldn't Deschamps' side repeat the success of UEFA EURO 2000? Kylian Mbappe is performing at a prohibitive level, N'GoloKante is in his prime, Hugo Lloris has not said his last word. Paul Pogba, Lucas Hernandez, Benjamin Pavard, Rafael Varane, Antoine Griezmann. If you wanted, there would be enough players for two quite quality squads.

Portugal should not be discarded

The Portuguese national team goes out to defend the title. Fernando Santos' team had an amazing tournament in 2016. Coming from third place out of the group with Iceland, Hungary, and Austria, without a single win; in every playoff match, Portugal was close to relegation. The soccer gods, however, had other plans: Croatia was defeated in overtime, Poland in the penalty shootout, and Wales in the semifinals, 2-0. In the final, the Portuguese were without the injured Cristiano Ronaldo, having withstood the onslaught of the tournament hosts France, and seized their chance in extra time - Eder, the future Railwayman, netted a low shot from outside the penalty box. Together with Denmark-1992 and Greece-2004, it is the most unexpected win at the Euros.

Five years later, the Portuguese are unlikely to have become weaker and less unyielding. On the contrary. Fernando Santos is still at the head of the team; Cristiano Ronaldo is still in the attack, who seems to get better over the years. We should not forget about Portugal - they can surprise you again.

The Bundestimm failed at the World Cup in Russia, failing to get out of the group. Joachim Löw's team just needed to beat South Korea in the last round, but surprisingly failed to do so. It just wasn't their day or their tournament. It's worth taking as a given.

At Euro 2016, the Germans also performed below expectations and their level. The team came to France as the reigning world champions and probably expected to be the strongest at the European championship. But in the end, the insurmountable barrier was the semifinals, where the Germans with a huge game advantage could not score the hosts of the tournament the French - 0-2.

The upcoming championship will be the last major tournament for Joachim Löw’s at the helm of the German national team. Will the legendary specialist be able to slam the door loudly? The human resources, as always, allow us to count on a decent performance.

The fourth team in the «group of death» is Hungary. Far from being the whipping boys, with Willi Orban and Dominik Szoboszlai from Leipzig in the lineup. Nevertheless, it will be difficult for the Hungarians to count on at least one point. Taking into consideration the strength of the opponents in the defense it is interesting to place a bet «Hungary will score the least number of goals in the group stage» with the odds of about 7.00. There is a chance that the Hungarians will not score against Neuer, Lloris and the massive Portuguese defense.

As for the top three, we should expect a close fight between them throughout the group stage. There will probably be plenty of draws and tiebreaks. In fact, anyone can come out on top here. So why not play high odds. The chances of Portugal, contrary to the bookmakers' opinion, for the first place, are not so lower than the others. Our prediction: Group F winner Portugal at odds around 5.5.