Russia vs Cyprus: Valeri Karpin’s team to have a hard time 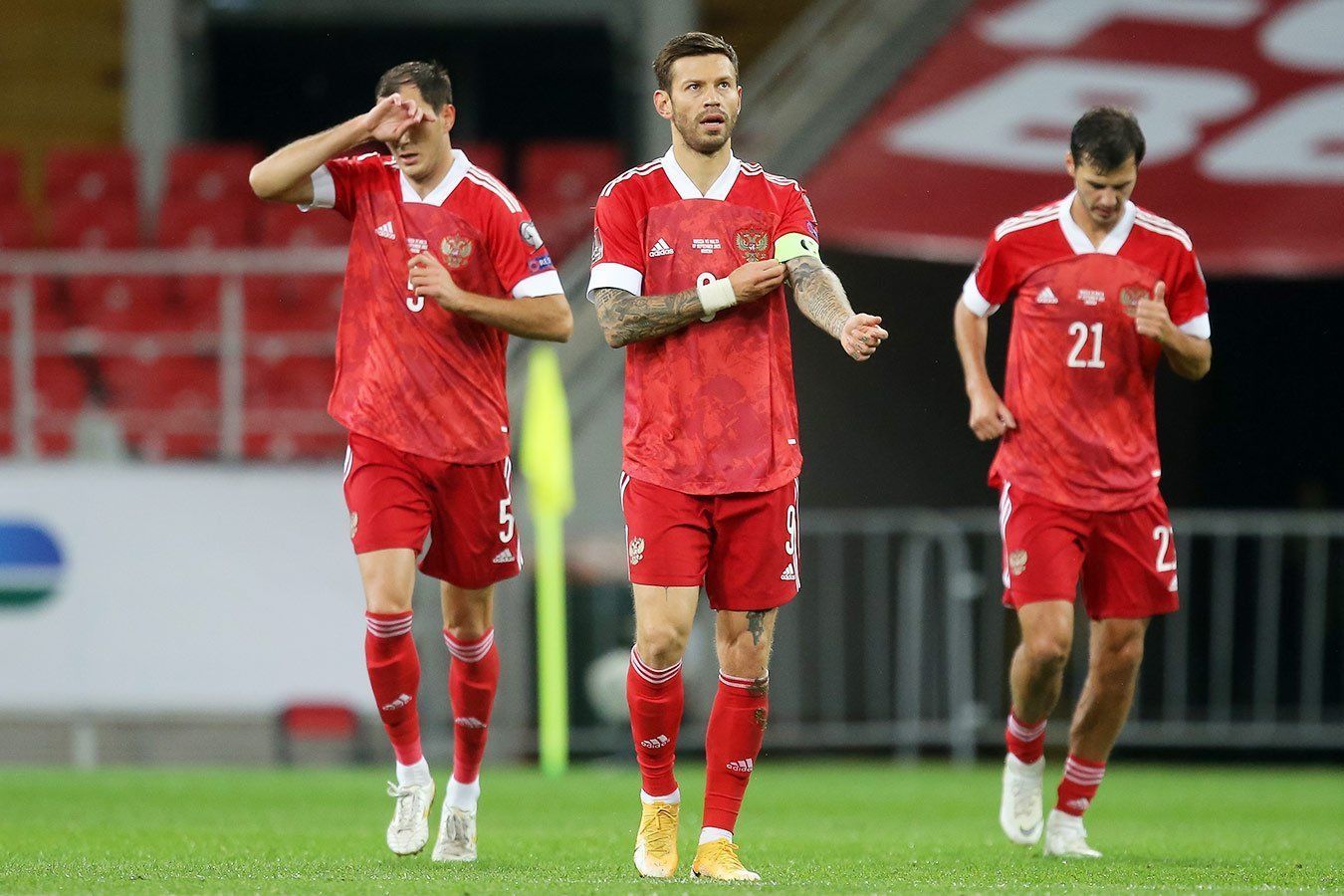 The Russian national team have beaten the Cypriots in their last four head-to-head encounters with a combined score of 9-0. Will Valeri Karpin's team manage to pull off another easy win? Our prediction: this time Cypriots will not go down without a fight!

The Russian national team comes to the final part of the 2022 World Cup qualification first in the Group H standings. The main and the only pursuer of Valeri Karpin's team is Croatia who lags two points behind before the finish of the qualifying tournament. It is clear to everyone that the fate of a direct ticket to Qatar will be decided in a head-to-head game between the opponents in Split, but right now all we can say is that the Russians have a winning streak of four games. The October games against Slovakia and Slovenia have been very different in quality but equally good in results. The unpleasant news was the absence of Daler Kuzyaev, Arsen Zakharyan, and Ilya Samoshnikov through injury.

The Cyprus national team has never been selected for major international tournaments and is unlikely to cope with this task in the foreseeable future. Yes, they can occasionally create a sensation as it was in the qualifying for Euro 2012 when they managed a legendary draw with Portugal (4-4), and in the 2016 Euro qualification they even barely clinched a penalty shoot-out — they still failed to earn a ticket to the continental championships. The Cypriots are doing not so well in the 2022 World Cup qualification, sitting last in the Group H table and letting ahead even the modest team of Malta, but here they did not do without a surprise victory over Slovenia (1-0), though later they lost four times in a row.

Over history, the teams have played 6 face-offs. The Russians won 5 of them, and another game ended in a draw. The goal difference is also on the side of the hosts (14-1). The last time the rivals met was in the 2022 World Cup qualification when the victory was celebrated by the Russian national team players, 2-0.

The national teams of Russia and Cyprus approach the meeting on the opposite poles of the standings of Group H. While the Russians are in the first place, the Cypriots come last without any tournament motivation. There's a good chance that this factor will embolden the visitors, who will try to put Valeri Karpin's team out of their misery. At the same time, the Russians need to get three points in the upcoming game, but the pressure, anxiety, and anticipation of the meeting with the Croatians may hinder their performance. As a result, we are forced to bet on the victory of the national team of Cyprus with a handicap (+1.5) with the odds of about 2.50.

The Russian national team have already played five matches under Valeri Karpin, with 4 wins and 1 draw. Overall, the Russians have conceded only one goal, but have also scored as much as seven times. The total is eight goals (1.60 per game average), with only one Total Over played in this stretch. It is unlikely that the Russian national team will play open and attacking soccer when there are Chroats to play against in the qualification. It is much more important to get three points and save a lot of energy and emotions before the trip to Split. On this basis, the best option seems to be a Total Under (2.5) goals at odds close to 2.30.

The main hero in the first confrontation between the Russians and the Cypriots was Fyodor Smolov, who assisted in both goals. Since his return to the national team, the 31-year-old forward may have only scored one goal in the last 12 games in all competitions, he may be not in his best shape. However, the Lokomotiv forward is the main hope of the national team in the attack, so he is worth waiting for the heroic deeds in the battle with the modest national team of Cyprus. You can bet on a goal by Fyodor Smolov at odds of about 1.90.