Bordeaux vs Brest: the Girondins are ready to win 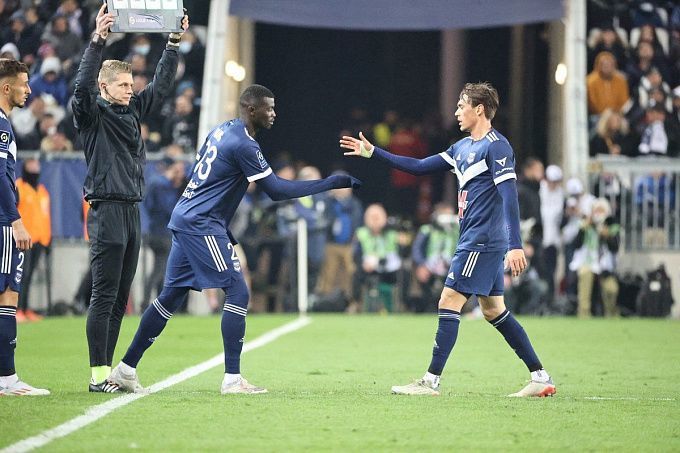 Brest and Bordeaux are now close to the relegation zone, and a win in their head-to-head encounter is important for both teams. The Girondins have been playing very entertaining soccer lately, should we expect something similar now?

Bordeaux won only 1 match in the last 8, and now they are 16th in the Ligue 1 table, ahead of Clermont and Troyes only on additional indicators. The team still can not improve the game in defense, and for a good reason have they conceded 30 goals, the worst result in Ligue 1. If not for the high realization of the chances, it is unclear what would have happened to the Girondins. The return of forward Hwang Ui-Jo might help Bordeaux, but Laurent Koscielny, Issouf Sissokho, and Paul Baysse are still out. The participation of Josh Maja is questionable.

In the last round of Ligue 1, Vladimir Petkovic's team shared points with Metz 3-3 on the road. Bordeaux took the lead twice during the game and by the 39th minute, they were two goals ahead. The game really turned out to be a double-edged sword, and the Girondins were much closer to success, even with 3 goals conceded. For example, with the score at 3-2, Stian Rode Gregersen missed from a clearance position, and just a minute later the opponent restored the balance. The last 22 minutes of the main time Bordeaux played on the power play, and it was doubly disappointing to lose the win. Jimmy Briand, shortly before the final whistle, got another great chance, but he also missed the target. Remi Oudin, with a goal and an assist, was the MVP of the game in any case.

For a long time, Brest couldn't get their first win in the current championship. However, the 3 previous rounds saw the team score 9 points, moving up to 13th place in the table. The team under Michel Der Zakarian played rather average on both halves of the field, so you should not write them as obvious outsiders. Brest were lucky somewhere, but it can be regarded as compensation for their undeserved mistakes. Romain Faivre is in great form, and in almost every game he scored productive points, so he can be called the key player of the club. Without injured Sébastien Cibois, Paul Lasne, and Dénys Bain Brest are doing fine, so there are no serious losses.

Last week, Michel Der Zakarian’s side thrashed top-five club Lens (4-0) at home. By the 33rd minute, Brest had led by 3 goals, although by that time they could have conceded the same number of goals. So, for example, in the 9th minute, the opponents nearly equalized, and later they had chances to revive the intrigue. When it came to the defeat, the opponent's enthusiasm waned, and Brest brought the victory without any problems. Romain Faivre was the MVP of the game: he scored a goal and made an assist.

In the last 10 head-to-head encounters, the teams scored three wins each, and last season they won a home game each. In the last match, Brest won with a score of 2-1, both goals scored in the last 10 minutes of regular time. Then the hosts were more active moving forward and had 25 shots on goal against 8 of Bordeaux.

Bordeaux has suddenly become one of the most entertaining teams in Ligue 1, although this didn’t do anything good for the hosts. No improvement in defense is expected, but the Girondins are able to show the same game in front as against Metz. Brest is not perfect at home and last week's match proved it, although the numbers on the scoreboard say otherwise. Bordeaux will find it easier playing at home. The only thing left is to use their scoring chances. I suggest betting on the following outcomes: