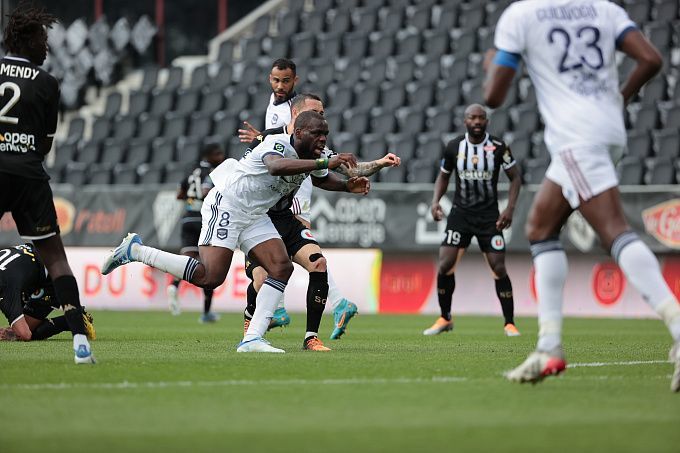 Bordeaux will host Lorient in round 37 of the French Ligue 1. Will Bordeaux manage to beat Lorient for the eighth time in a row at home?

After a 2-2 home draw with Saint-Etienne, Bordeaux slowed down and played a poor defensive game in the next three games. First, the club was defeated by Nantes 3-5 in a productive away match. Then Bordeaux lost to Nice (0:1) at home, and was defeated by Angers (1-4) on the road in round 36 of Ligue 1. With 27 points, Bordeaux is in last place in the Ligue 1 standings.

Lorient also cannot boast of good performances. After defeating Metz (1-0), the club did not score a single point in the next three rounds of the French championship. Lorient was defeated by Rennes (0-5), Reims (1-2), and Marseille (0-3). After 36 appearances, the team has 34 points and is currently 17th in the Ligue 1 table.

In the first round of the current Ligue 1 campaign, Bordeaux and Lorient exchanged goals in a draw. The clubs have faced off 38 times in all competitions. The hosts have a big advantage in wins, 23-5.

As we can see, Bordeaux and Lorient have not scored a single point in their last three matches. Bordeaux needs to collect points in their last matches to keep their chances of saving a place in Ligue 1. Lorient, in turn, is only three points ahead of the relegation zone. Obviously, both clubs will focus on attack, since both of them are lagging behind in defense. I suggest you look at the goals of Bordeaux and Lorient and select the Total Over.