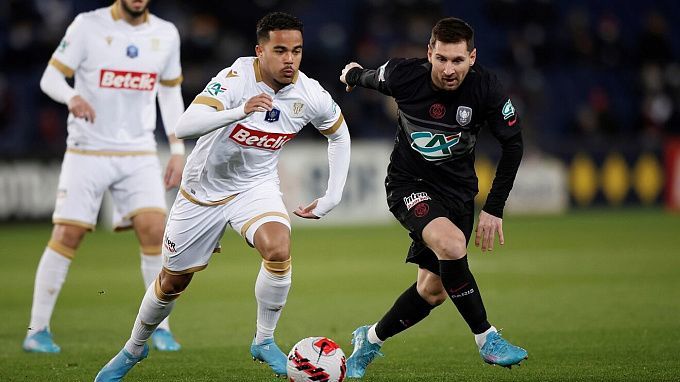 Lille will take leader PSG at home in round 23 of the French Ligue 1. This will be the third face-off between the clubs this season. Are the Parisians facing another difficult match against the Mastiffs?

Lille played three games in Ligue 1 in January and, to put it mildly, did not show their best. The Mastiffs shared points with Marseille on the road, the result 1-1 can be considered acceptable. Then Jocelyn Gourvennec's players beat Lorient (3-1) and justified their status as favorites. But in the next meeting, the Mastiffs showed a very poor game, resulting in the away defeat at the hands of Brest (0-2). Lille sits 11th in the Ligue 1 table with 32 points.

After an away draw with Lyon (1-1), Mauricio Pochettino's team played two home games and won them to nil. PSG scored two goals against Brest and four against Reims. Paris leads Ligue 1 with a comfortable 10-point lead over Marseille. The beginning of February, however, turned out to be a shock for the club, as the Parisians managed to travel to visit Nice, lose to their opponent in a penalty shootout and finish their performance in the French Cup in round of 16.

In the first half of the Ligue 1 season, PSG claimed a strong victory over Lille. Parisians went into halftime with the score of 0-1, but in the final period they managed to turn the tables: both Marquinhos and Di Maria scored, 2-1. In total, the clubs have met in 97 matches; PSG are ahead 40-32 in terms of victories.

Both clubs have something to prove in their head-to-head encounters: Lille will have a fun second round ahead, since the team simply failed the first part of the season . Knocked out of the French Cup, PSG will try to make up for it in Ligue 1. Even despite lacking such performers as Neymar, Wijnaldum, Ramos and Gueye, the Parisians remain the favorites, but Lille will definitely get on PSG's nerves, as has become a tradition in recent seasons.

This season Lille lacks reliability in defense, so my main bet will be an early goal, also based on the above statistics in the matches with the Mastiffs. It is also likely that the fourth straight away game in Ligue 1 will end in a draw for PSG. We should not forget about Lille's unbeaten home winning streak of nine games.