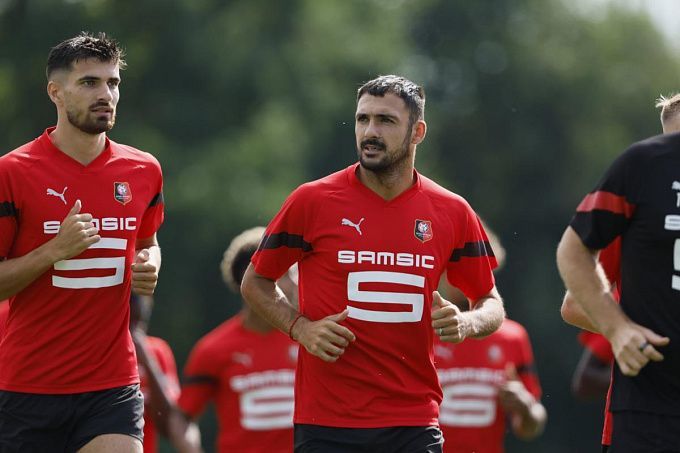 Rennes defeated Lorient three times last season, and in the upcoming encounter, the Bretons are considered the clear favorites. Will the home side be able to make an excellent start to the season?

Rennes have been selling at least one key player in recent years, but they have been successful in their domestic league. In the last championship, the Red and Blacks missed quite a bit for the exit to the Champions League, but the final 4th place and getting into the group stage of the Europa League can also be considered a success. This time, Rennes' main loss was the departure of defender Nayef Aguerd. The Breton side also sold 17-year-old Mathys Tel to Bayern, who had played just 7 games in Ligue 1. Martin Terrier is being courted by English clubs but so far the midfielder has not gone anywhere. The main acquisition of the club was Arthur Theate, who just has to replace Aguerd. Also Joe Rodon and Steve Mandanda joined Rennes. The main defender of the team, Warmed Omari, is in the sickbay, the participation of Yann Gboho is also questionable.

During the summer, Bruno Génésio's players had 5 friendly matches, in which they scored 3 wins and suffered 2 defeats. It all started with a loss to Freiburg (0-1), then there were successful away matches against Caen (2-1), Augsburg (3-2) and Nantes (1-0). In the control sparring, Rennes lost to Aston Villa 1-2. The English club played tightly in defense, but the Bretons seized the initiative and scored a quick goal. After that Rennes gave the ball away. Even in the first half, the opponent could have taken the lead, but everything was decided towards the final whistle. The most active player in the Breton attack was Theate who shot several times from favorable positions and eventually scored the only goal for his team.

Lorient finished only 16th in the league last season, conceding more goals than any of the teams that were higher in the standings. The Merlucciidaes have worked on their mistakes and renewed their defense by acquiring Montassar Talbi, Darlin Yongwa and Gedeon Kalulu. In the attack, strengthening would also be useful, and in the last 2 seasons, Terem Moffi has to take care of everyone: there are 22 goals in two Ligue 1 draws under his belt.

Perhaps Adrian Grbic will finally start to play, and he showed himself well in friendly matches, scoring 2 out of 4 goals for his team. In five friendlies Régis Le Bris's men got 2 victories: they beat modest Châteauroux (2-1) and Concarneau (1-0). Then Lorient played a draw with Ajaccio 1-1. Both goals were scored in the 1st half.

In their last seven head-to-head encounters, Rennes has never lost to Lorient, scoring 5 victories. The last meeting saw the Bretons win at home with the score 5-0, and more than 30 minutes they spent in the minority after the suspension of Aguerd. At the same time, even with ten men, Rennes scored twice, so the advantage was evident.

It was difficult for Rennes to keep up with Aston Villa, but in their game against Nantes the Bretons had been pressing forward and showed a lot of attacking soccer. It was not without mistakes in defense, but the team deserved to win. Lorient is one of the main outsiders in the upcoming championship, even despite changes in the squad. The club appointed the recent academy coach at their helm, Régis Le Bris did not have time to build something, so it is more likely that his team is already preparing for relegation. In the last face-off, the difference in class was obvious, and it's going to be a smash again. I suggest betting on the following outcomes: