Strasbourg vs Monaco Prediction: Hosts to put up a fight at home 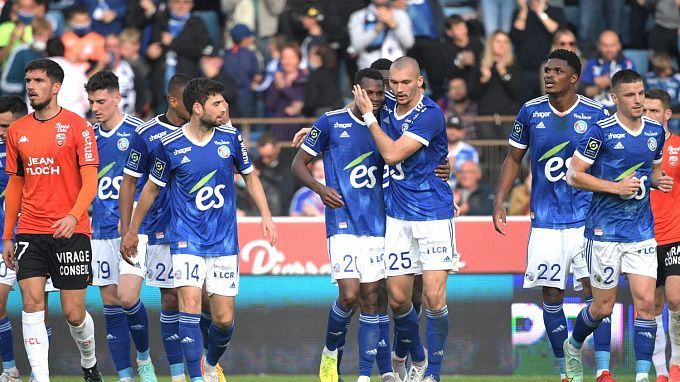 Strasbourg will take on Monaco in the first round of Ligue 1 on August 6 at 18:00 (UTC+3). Let's see what the opponents have in store for the new season in the elite and find out the best bet. There are several options for you to consider!

In the last season of the French elite, Strasbourg looked very healthy and cheerful but could not break into the European stage. In 38 rounds, the team earned 63 points, three less than fifth-placed Nice. For the upcoming season, Strasbourg was preparing quite thoroughly. They had time to play six friendly matches, three victories: 2-1 over Sion, 2-1 over Charleroi, and 3-0 over Liverpool, two draws (2-2 with Brentford and 3-3 with Freiburg), and one loss (1-2 against Cagliari).

Monaco, of course, threw more energy into the preparation than Strasbourg, as they started the new season with a Champions League qualifier. In the away game against PSV, the team from Monaco showed character and moved the series to the home stadium with a draw (1-1). As for the friendly games played in the summer, Monaco participated in seven, where they got only two victories, drew three times, and suffered two setbacks, with a total score of 10-10.

Bookmaker analysts are leaning a bit more toward a win for the home team, which we partly agree with. Strasbourg had better preparation, plus they don't have to spend too much time in the European competition. Also, the game will take place at the Stade de la Meinau in Strasbourg, where the hosts will obviously not be left without the support of the crowd. On this basis, we believe that the match will be tense, but Strasbourg will earn one point at least.

Prediction: Strasbourg Not To Lose + Total Under (4.5).