Borussia Dortmund vs Bayern Munich: the Reds to beat the BVB for 7th time in a row 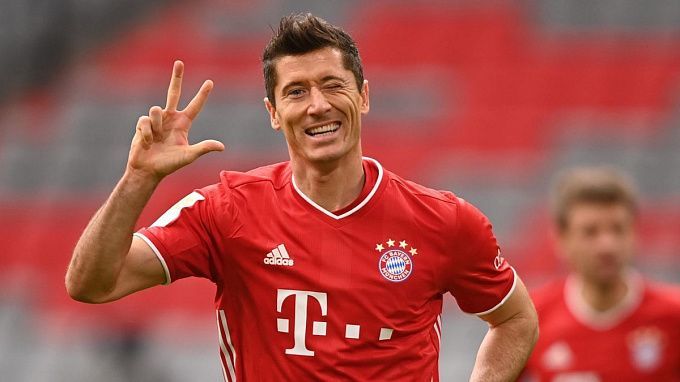 Round 14 will witness the German Clasico - Bayern Munich will visit Borussia Dortmund as the favorite of the match. Both teams are highly motivated in the tournament, the two leaders of the standings. We can say that strategically Bayern can be satisfied with a draw that will keep the Reds at the top of the league.

It is still difficult to assess Borussia Dortmund and Rose as the club’s head coach. On the one hand, the players are formally fighting with Bayern for leadership, on the other hand, the BVB failed in the Champions League. It is worth recalling the result of the German Super Cup match, which took place in Dortmund. It was won by the Munich side 3-1. After a November break, Borussia played two matches in Bundesliga and won both of them (against Stuttgart 2-1 and Wolfsburg 3-1). Before the start of Saturday's matches, Borussia ranks second in the Bundesliga with 30 points, one point behind Bayern. By the way, the Black and Yellows have the best home statistics in the division, with a 100 percent record, seven wins in seven games.

After the international break, Bayern played three difficult matches, losing one of them (in Augsburg) with a score of 1-2. In the Champions League, the Reds were stronger than Dynamo Kyiv, and at the Allianz, they minimally beat Arminia 1-0. The recent games have shown that Bayern are not in top form, but in fact, there was a week-long break between games, which is a rare occasion for Bayern. So, there was time to recover and properly prepare for the central game of this round as well as this part of the championship.

Both teams have personnel problems, but Borussia's are deeper. In recent seasons, despite the encounter being El Clasico, the matches between the teams ended in the same way, namely, with victories for Bayern. The last six head-to-head encounters between Germany's two strongest teams have ended with this result. We will not be surprised if the champion, despite the home disadvantage, defeated Borussia for the seventh time in a row. Apart from that, this confrontation tends to please us with an abundance of goals and both teams scoring. We offer these betting options for the German Clasico: W2 for 1.75, W2+BTTS for 2.62, Correct Score 2-3 for 13.0.