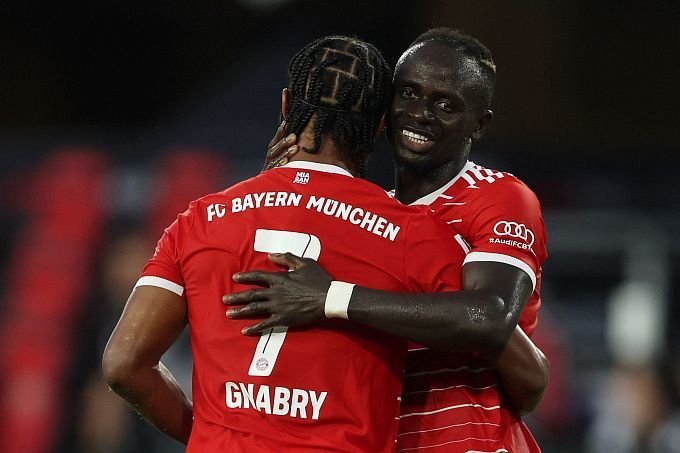 Bundesliga has been without two star forwards for one summer: Robert Lewandowski moved to Barcelona and Erling Haaland - to Man City. TelecomAsia predicts who is now ready to become the tournament's top scorer.

Robert Lewandowski is a seven-time winner of the Golden Shoe in Bundesliga, the same as Gerd Müller's record. Undoubtedly, the Pole would surpass the legendary German, as he has not been close to anyone in the battle for the tournament's top scorer for the past five years. Still, the 33-year-old forward suddenly decided to switch from Bayern to Barcelona in the summer. The new hero of the German championship could have been Erling Haaland, scoring goals in virtually every game, but he also moved to Manchester City. Bundesliga will have a new top scorer in the 2022/23 season, and we are looking at the contenders for the title.

Using common sense, we turn to the list of the top scorers in Bundesliga last season, cross out Robert Lewandowski and Erling Haaland, and get Patrick Schick in first place. The last year was fantastic for the forward as he first shared the title of the most prolific player at Euro-2020 with Cristiano Ronaldo with five goals and then scored cosmic 24 goals in Bundesliga. The previous personal record of the Czech - 11 goals, which he made during his playing for Sampdoria, and here he has more than doubled the achievement! Now it remains for Bayer to continue to play as brilliantly in offense.

Returning to the same list of scorers without Lewandowski and Haaland, we find in second place Christopher Nkunku, for whom last season was also a breakthrough. The PSG Academy graduate spent seven seasons in professional soccer at the age of 24, four of them for a French top club, and three more for RB Leipzig. He has never been close to the ten-goal mark before and last season he managed to score an unbelievable 20 goals and 13 assists. If the 24-year-old player continues to develop further, he will become a big star of world soccer.

Moussa Diaby is another pupil of PSG, who could not play for his native club, so he decided to move to the German championship. In the debut season he immediately became the main player of Leverkusen, after which his role in the team became more and more important. The past championship was a success for the Frenchman, as he made 13 goals and 12 assists in 32 games. Solid figure for a player who does not play in the position of a central striker, as it is occupied by Patrick Schick. Nevertheless, the 23-year-old is also very useful on the flank.

Andre Silva is an example to Patrick Schick, Christopher Nkunku and Moussa Diaby of what not to do after a bright first year in the top flight. The Portuguese made a splendid start to his career, scoring 16 goals in his debut full season for Porto before making an immediate move to Europe, but his attempts to establish himself at Sevilla and AC Milan failed. Productivity went uphill only after moving to Eintracht, where he shot 28 goals in the championship, but did not want to stay in Frankfurt-am-Main and moved to a more prestigious RB Leipzig. Except that for the Bulls, his numbers dropped by two and a half - only 11 goals in 33 games.

Bayern couldn't watch endlessly the caprices of Robert Lewandowski, who had been threatening to leave the club for months, so they quickly found a replacement for the Pole. Sadio Mane is an experienced forward who spent six great years for Liverpool, standing out by consistently good statistics, and now the Senegalese has become a recruit at the Munich club. There is no doubt that the 30-year-old will quickly fit into Julian Nagelsmann's system, and he has been scoring since his first friendly for the reigning German champions. Given that Munich has traditionally scored a lot, the African has an excellent chance of being at the top.

It seemed that Serge Gnabry recently joined Bayern as a young and promising player, but now he is almost an old-timer of the club. After being on loan, the German spent four full seasons for the Munich club and the last season was his best one in terms of scoring activity. The 27-year-old sent 14 goals in 34 appearances being one of the top 10 goalscorers in Bundesliga. He has transformed himself from a rotation player to full-blown star in recent years and the departure of Robert Lewandowski will make his role in offense even more important.

Andrej Kramaric is a forward for whom the upcoming championship will be the eighth in a row with Hoffenheim. For several years, he was the team's top scorer and one of the ten most productive players in the entire Bundesliga, scoring more than two dozen goals. But last season he shot only six goals and made nine assists. It seemed that the 31-year-old's career was gradually going downhill, but in the summer pre-season matches he suddenly stepped up, hitting the opponents' goals in three consecutive games, which gives faith in further feats of the Croatian.

Once again, we have reason to look at last season's list of top scorers. The fifth place is occupied by Anthony Modest, whose career turns out to be very interesting. In the 2016/17 season he scored 25 goals in the Bundesliga, which brought his transfer value and salary appetite to an alien level, after which he went for the money in the Chinese championship. Typically, the players return satiated and unmotivated. So it was with the Frenchman, who returned after a couple of years, spent three unconvincing years and was even sent on loan to Saint-Etienne. Surprisingly, at the age of 34 he started scoring again - 20 goals in the last championship.

Thomas Müller has been playing for Bayern for so long that a decade ago, he could safely be considered a veteran of the Munich club. Now he is only 32 years old and might spend a few more seasons at a high level. Recently, the German had a minor game crisis, but he overcame it quickly, so now we can again enjoy a productive game performed by such a charismatic player. Though he focused more on assists, collecting two dozen points per championship, without Robert Lewandowski, Muller is ready to play at the edge of the attacks.

Serdar Azmoun is a scoring forward, as we have seen while he played in the Russian championship, becoming one of the top scorers in the Premier League two years. For the Iranian national team, he too produces goals in inhuman quantities. His switch to Bayer was difficult but the competition is too high in the attacking group. It is possible that in the summer some of the forwards will leave the lineup, and the Iranian is already adapting to German soccer, so we have the right to expect from him a brighter and more productive playing.

The German championship of 2022/23 will be the most interesting in terms of the battle for the title of the best scorer. The top ones have left Bundesliga, so there are now other players in the running for the individual award. Among the above characters, there are not many players with consistently high results, although one of their seasons was rich in goals.

Among the whole gang of contenders Sadio Mane is worth special attention. For him the upcoming season will be his debut in the Bundesliga, but he has consistently scored a lot every year for Liverpool. Now he's working hard for the Munich club in the preseason games. In such a situation, it is worth considering a bet on Sadio Mane's victory.