1. FC Köln vs Schalke 04 Prediction: Gelsenkirchen back in elite to score points 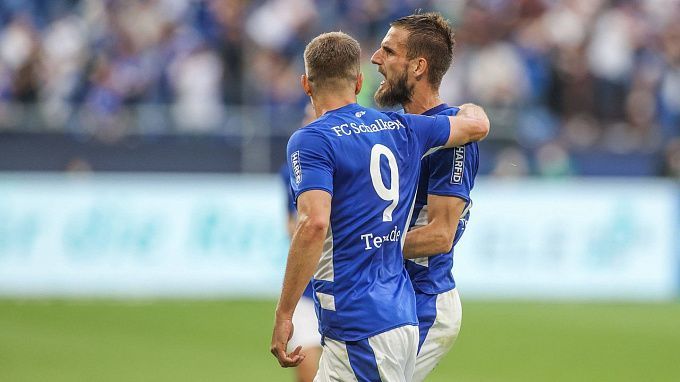 To wrap up the first round of the German Bundesliga, Koln will face Schalke. As almost an old-timer in the Bundesliga, Koln is quoted as a favorite to win. However, the Miners proved in the first official match of the season that they are very well prepared for the upcoming game.

Before the start of the official season, Köln won two friendlies against Offenbach and Nijmegen. And in the first round of the German Cup, the Billy Goats were stronger than Regensburg, beating their opponent in a penalty shootout. It is worth noting that Köln yielded 0-2 in the match but managed to turn the tables. As for transfers, Köln sold Ozkan to Dortmund to buy Kilian, Adamyan, and Martel, with Maina and Pedersen as free agents.

For Schalke, the upcoming match will definitely be very emotional because it will be the first game of the Miners after returning to the elite. Before the start of the official season, Gelsenkirchen lost to Twente, beat Kufstein, drew with Salernitana and Augsburg. And in the first round of the German Cup, Schalke defeated Bremer with a score of 5-0. Schalke has had a new head coach since July, Frank Kramer, despite completing the task last season. Regarding transfers, the club still has a small surplus: they sold Kabak and Matondo, bought Mollet and Zalazar, and took on loan Král and Krauss. Plus, Jordan Larsson joined the club as a free agent.

Köln vs Schalke is a classic pairing for Germany. The teams have played each other 126 times in three tournaments and twice in friendly matches. The opponents have crossed paths 88 times in the Bundesliga: +39=22-27, 155-128 goal difference in favor of Köln. There have been 64 games on the Billy Goats' pitch: +28=7-9, 97-51 in favor of the home side. The last time Köln and Schalke played each other was in the 2020/21 season, with Köln winning twice. Köln have not lost in seven last games in different tournaments.

On the one hand, Köln is a home team. On the other hand, Schalke is highly motivated due to their new start in the Bundesliga. And the fact that Gelsenkirchen got off to such a solid start to the season also suggests that it would be risky to make a bet against the visitors. It is unlikely that Schalke can bring home three points from Cologne, but we believe in a draw. We offer these betting options for the meeting: