Union Berlin vs Greuther Fürth: Berlin side to move up to top five 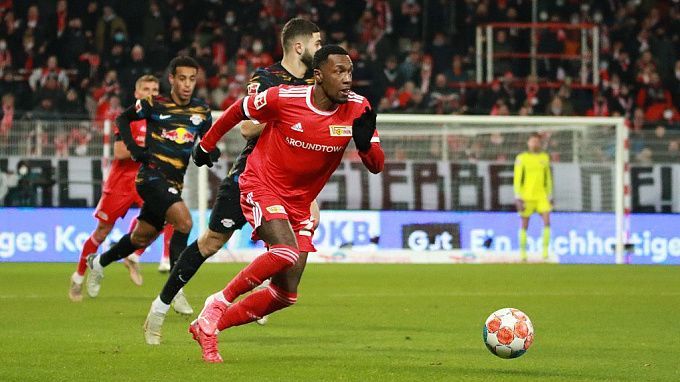 Round 32 of the German Bundesliga will begin with the match between Union Berlin and Greuther Fürth. The capital team is quoted as a big favorite against the team that has already been eliminated from the German elite. It's hard to argue with the line, considering the motivation of the opponents, as well as their current form.

The Berliners are on a four-game winning streak in Bundesliga, and their only loss in this period was in the cup. Thanks to the excellent statistics, Union Berlin climbed to the sixth place in the Bundesliga standings, and the gap from Leipzig located in the Champions League zone is four points from three rounds before the end of the championship. Meanwhile, the capital team is pinned down by Köln and Hoffenheim, although the latter seem to be already off the pace, at least according to their latest results. Union's home stats are sixth in the division, with 9 wins in 15 games on a 21-14 goal difference and 31 points. Should Union win on Friday, the Berliners will overtake Freiburg in the league standings.

Greuther Furth played four official matches in April, winning none. They lost at home to Gladbach and Bayer and drew with Hoffe and Eintracht. As a result, Greuther Fürth is 18th in the table at the start of Week 32, 11 points behind Stuttgart in the relegation play-offs zone. Obviously, the Bavarians have no chance to retain their place in the German elite. In other words, the visitors can't talk about any kind of tournament motivation. As for the away game, Greuther Fürth has the worst statistics in the division, with 12 losses in 15 games and not a single win, with a goal difference of 11-46.

Union and Greuther Fürth played 26 games against each other, five of which were won by the Berlin side, with 10 draws and 11 wins for the Bavarians. Let us point out that the teams played against each other in three different tournaments, including 2. Bundesliga and the DFB-Pokal. In Bundesliga, the teams have faced off only once, in the first round of the current draw, with the home win for Greuther Furth, 1-0.

On the one hand, Union is the clear favorite for the upcoming game. On the other hand, we doubt that the upcoming game will be very rich in goals. Union is not Bayern or Dortmund. The most important thing for the Berlin side is scoring points, while the goal difference is of secondary importance. While Greuther Fürth, albeit an outsider, is unlikely to surrender the final matches in the Bundesliga. Our first bet for the opener of round 32 is W1+TU (3.5) for 1.97 at 22bet.

Union tends to win to nil at home. For example, in April, the Iron Ones clean-sheeted Koln and Eintracht, teams that are stronger than the Bavarians. In turn, Greuther Fürth failed to score against Eintracht and Hoffe in their two most recent away matches and Greuther also did not score against Union in their last matchup in Berlin. Our second bet is a win-to-nil for the home team for 1.86 at 1xbet.