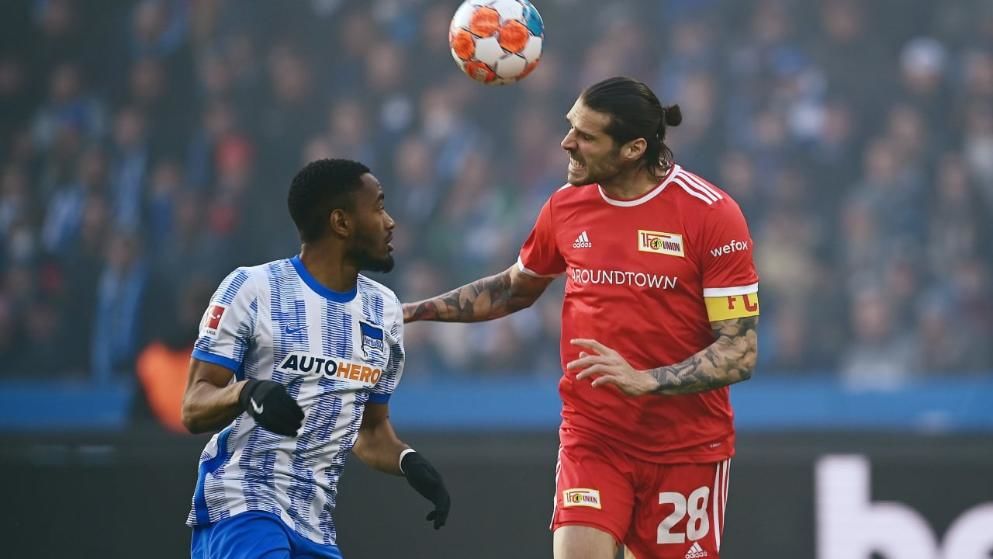 One of the highlights in the German Bundesliga opening round will be the Berlin derby, with Union taking on Hertha. Despite the higher historical status of the Old Lady, the bookmakers are on the side of the Iron Ones, which is easily explained by the latest head-to-head statistics.

Before the season's official start, Union played seven friendlies, winning five with one draw and one loss. The defeat came at the hands of Eintracht Braunschweig, who knocked Hertha out of the DFB-Pokal. In the German Cup, Union had some trouble, as the Iron Ones crossed paths with Chemnitzer and managed to beat their opponent only in extra time, thanks to a goal by Behrens in the 114th minute. Urs Fischer remained in charge of the team, which means we expect even more progress from the Iron Ones. As for transfers, the forward Awoniyi left for Nottingham Forest, Prömel went to Hoff, Ingvartsen to Mainz, Dajaku to Sunderland. Newcomers: Jordan Siebatcheu, Leite, Thorsby, Leweling and Doekhi.

Since the first of July, Hertha has been headed by Sandro Schwarz, formerly at Mainz and Dynamo Moscow. Gone are Stark, Ascacibar, Dilrosun, Maier and Torunarigha. Newcomers: Ejuke, Uremovic, Kenny, Sunjic, Kanga. Hertha has big problems with results. Before the start of the official season, the Old Lady lost three consecutive friendlies: Derby County, Nottingham Forest, and West Bromwich. The capital club was weaker than Eintracht Braunschweig in the first round of the German Cup. The regulation and extra time ended in a 2-2 draw, with a penalty shootout deciding the outcome of the second round in favor of Eintracht.

The teams have played each other 11 times: +5=3-3, 18-17 goal difference in favor of Union. The Berlin teams have crossed paths in three tournaments: Bundesliga, 2.Bundesliga and DFB-Pokal. In Bundesliga, the advantage is also on the side of Union: +3=1-2, 9-9 goal difference. Union has won the last three encounters in a row.

Hertha have a new head coach, quite promising Schwarz, who did a good job at Dynamo Moscow. The new coach means new hopes, but the latest results of the Old Lady, in particular, three defeats from clubs representing the Championship and the departure from the DFB-Pokal at the hands of the of 2.Bundesliga team prove that things are not that great. Union made it to the second round of the Cup with difficulty, but before that, the Iron Ones lost only one friendly of seven with five wins. The squad is stable and well-tuned; the team has the task to fight for a place on the European stage. Lately, Hertha has also become a comfortable opponent for Union. Last season, the Old Lady lost all three of their games to the home team. We will not be surprised if the winning streak of Union over Hertha increases to 4 matches. We offer these betting options for the game: