AC Milan vs Empoli: the Rossoneri to strengthen the leading position 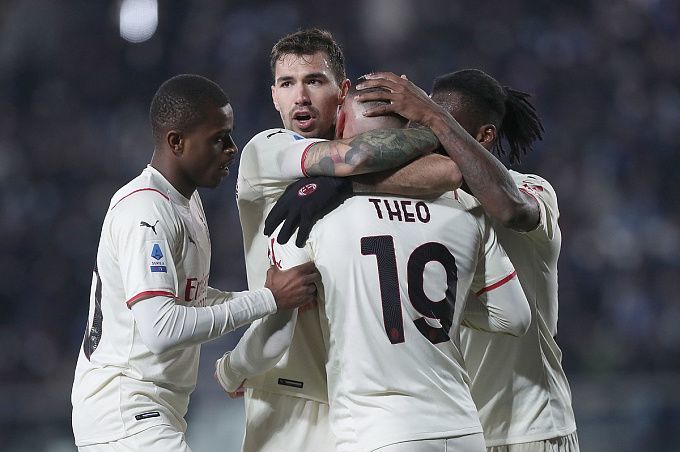 Milan defeated Napoli on the road and moved to first place in the Serie A standings. Will the Rossoneri be able to consolidate their success by beating Empoli at home? We will choose several options for you to bet on.

Milan could have had a decent lead already

Before their narrow victory in Naples, the Rossoneri had two consecutive draws with inferior teams. First, AC Milan played away against Salernitana (2-2), and then failed to beat Udinese 1-1 on home soil. As a result, the victory over Napoli didn't give AC Milan more than a two-point handicap from the nearest pursuer. Inter, now second, is even ahead of the Red and Blacks in points lost.

Empoli played the last round match away against Genoa and managed a 0-0 draw. Though judging by the game, the Blues not only didn't deserve a draw, but should have conceded 2 to 3 goals. Genoa had a full advantage, but never managed to turn it into goals. The score of shots on goal is 18-8 in favor of Genoa.

Empoli is 13th in the Serie A standings with a 10-point handicap from the relegation zone. Aurelio Andreazzoli's players have been winless for 11 games in a row.

In the first round of the current championship, AC Milan beat Empoli away 4-2.

After scoring enough points to remain in Serie A, Empoli are being weak in the second half of the championship. Eleven-match winless streak is, of coure, no accident. AC Milan, if they are still planning to win the Scudetto, must beat Aurelio Andreazzoli's team. Otherwise, the away win over Napoli will lose all meaning.