Bologna vs Fiorentina: The opponents to draw in Bologna for the 4th season in a row 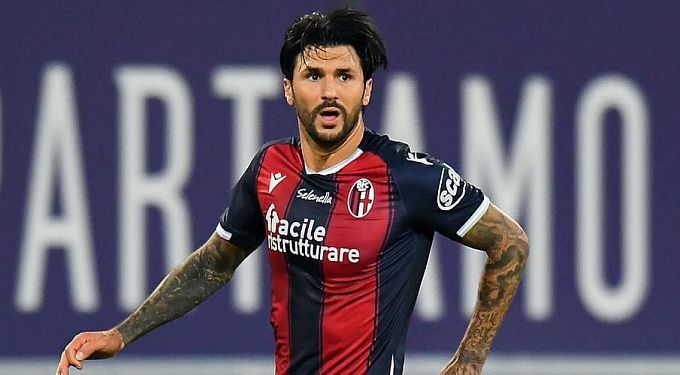 Sunday's program of the Italian Serie A round 16 will open with the match between Bologna and Fiorentina. Both teams had excellent victories in the Midweek and will surely do everything they can to build on their success in a head-to-head encounter. Who will do better? Let's pick a few betting options at once.

Sinisa Mihajlovic's team played a very high-quality home match against Jose Mourinho's Roma. Bologna made it as difficult as possible for the Giallorossi to create, kept their balance throughout the game and converted just about their only scoring chance to secure the win. 1-0 – the winning shot was delivered from outside the penalty area by Mattias Svanberg.

The victory over Roma was Bologna's fourth in five rounds. Could it be that the Red and Blues seriously intend to finally overcome the psychological barrier of the unpromising mid-table dwelling and fight for the European Cup longer than half a season? Four wins say yes. But a home loss in that stretch to Venezia suggests otherwise. We'll see.

Fiorentina plays beautifully, but only at home so far

The last 4 away matches ended in a loss. And for all these 4 games the team, led by the leader of the scoring race Dusan Vlahovic, managed to score only once. The Violets lost not only to Juventus and Lazio, but also Empoli and Venezia.

Vincenzo Italiano's team performs abysmally on the road. But when they play at their Artemio Franchi in Florence, they are literally unstoppable. In midweek Fiorentina defeated Sampdoria 3-1 at home for the half, picking up its 4th win in a row in the native walls. As part of this series, the Violets scored 13 goals, including four against Milan, a team that doesn’t tend to concede a lot.

The last 3 face-offs in Bologna ended in a draw.

It’s extremely unlikely that Fiorentina will lose their 4th away match in a row. Nevertheless, it will be difficult for them to win in Bologna. The unsuccessful away streak certainly did not arise out of nothing and is due to some psychological instability of the Florence side. And Sinisa Mihajlovic's Red and Blues have been playing very well of late. In general, there is a high probability that the match will end in a draw. Not a very productive one, for sure. Bologna began to play low-scoring games, and Fiorentina hardly ever scores on the road, but concedes just as much.