Empoli vs Roma Prediction: one goal will be enough for Giallorossi to win 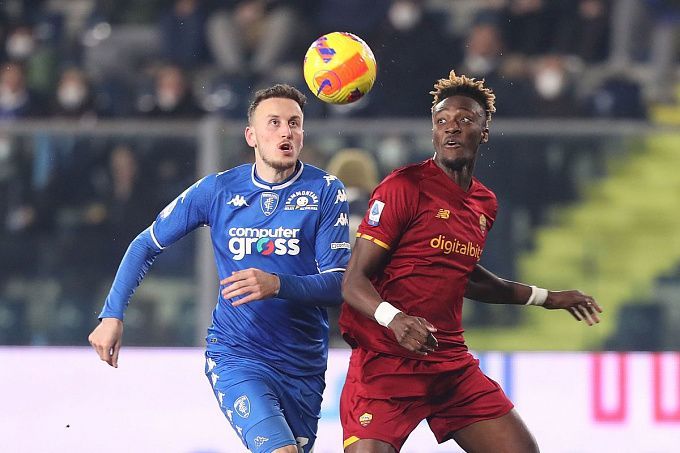 Empoli and Roma will close the program of the Italian Serie A round 6 on Monday. Who will be stronger? Let's choose a few bets.

After losing to Spezia (0-1) in the first round of the current championship, Paolo Zanetti's team have played four straight draws. They tied the score with Fiorentina (0-0), Lecce (1-1), Verona (1-1), and Salernitana (2-2). The new coach is instilling in the team a balanced soccer, which does not allow them to win yet, but allows to score points consistently. Given that Empoli's primary goal is to remain in Serie A, constant draws are more than enough at this stage of the season.

Jose Mourinho's side started the season excellently, beating Salernitana, Cremonese, and Monza, and playing in a draw away against Juventus. However, the Giallorossi failed further, losing 0-4 away to Udinese. Roma failed to score in their opening group-stage game at the Europa League, losing away to Bulgaria's Ludogorets 1-2. They have suffered an astonishing mini-streak of two defeats in a row, given that Roma have shown great quality soccer in their first four games.

At the start of the season, Empoli have been very strict in defense. Iin the first five rounds, the Blues have only conceded five goals, two of them in the previous round against Salernitana. So Roma, who will certainly be tired after the difficult trip to face Ludogorets, will not find it easy to play against Empoli and score more than one or two goals. Fortunately, the Blues are not so good offensively, and even one goal should be enough for the Romans to get at least a draw.

Prediction: Roma will not lose in not the most high-scoring game.