Content
To top
1.
Fiorentina has a long way to go
2.
Spezia is unlikely to stay in the elite for another season
3.
Head-to-head encounters
4.
Expert Betting Tips
5.
Betting options:
Users' Choice
12 200 USD

Fiorentina vs Spezia: the Violets to beat the lower-in-class opponent confidently 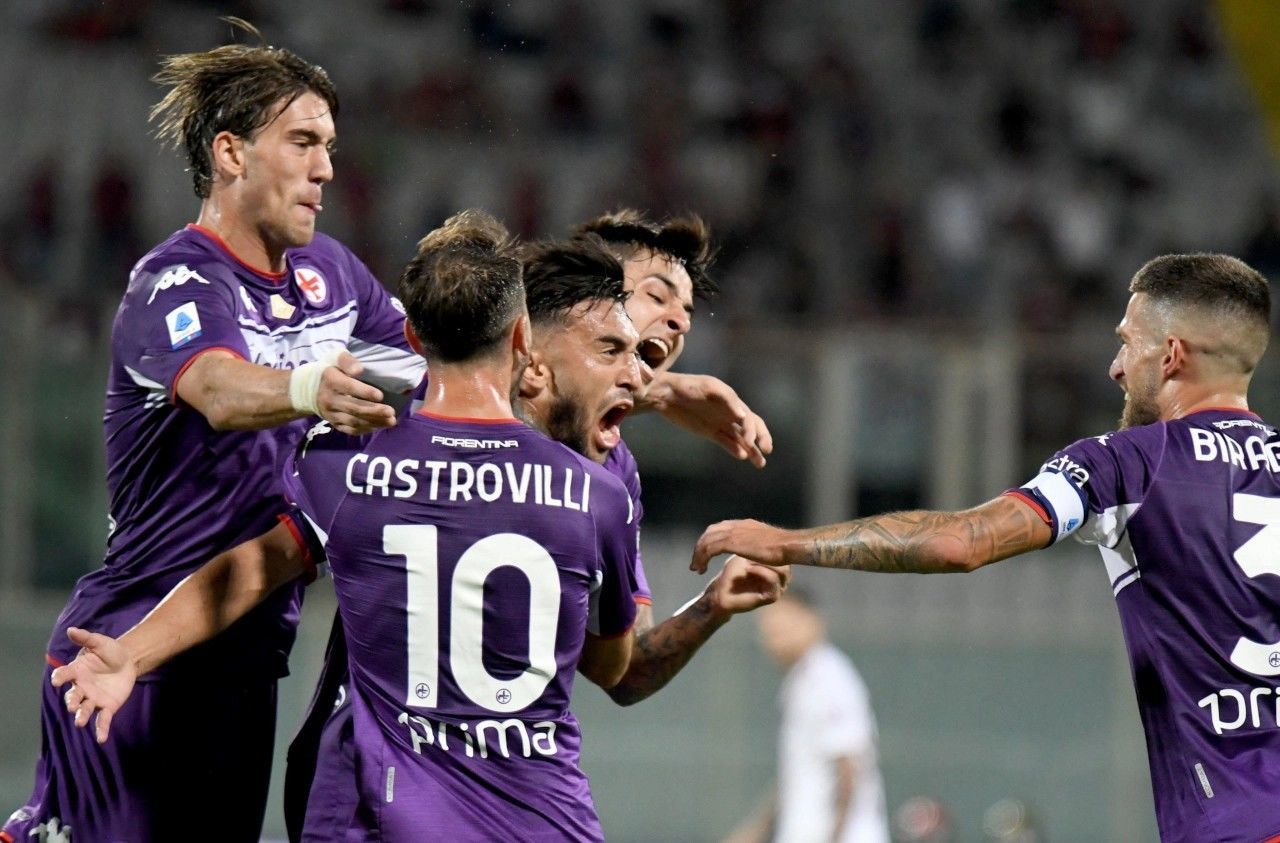 Fiorentina is doing quite well in the championship, but it didn’t prevent them from losing the last away match to Lazio by a narrow margin. The next opponent is Spezia, one of the main contenders for relegation. Will Vincenzo Italiano's team be able to outplay the inferior Eagles? There are several options to bet on.

Fiorentina has a long way to go

The Purples started the season very briskly and at one point even made it into the Champions League zone, but then they began to slip a little bit. However, 15 points and 9th place in the standings just 3 points behind the top six is also a good result for the Florence team. It is the first season under Vincenzo Italiano in such a format, so clearly there wasn’t enough time to build a quality and error-free soccer for a third of the championship.

Fiorentina has 3 losses in its last 4 games. Unsuccessful trend, but the calendar was really difficult. The Violets lost away to Lazio (0-1), at home to Napoli (1-2) and there was an unexpected 0-1 against Venezia away. On the other hand, Italiano's players brilliantly defeated Cagliari 3-0 in the home game. The Sardinians failed to show anything in Florence.

Spezia is unlikely to stay in the elite for another season

Keeping their place in Serie A for the current championship is a miracle and the merit of coach Italiano, who now works at Fiorentina. Spezia is a very modest team, that has not only never reached the top division but also hasn’t been a regular in Serie B. In contrast, there’s an example of Sassuolo that was in a similar situation a few years ago and became a regular in the elite. But still, Spezia does not have the finances that Sassuolo had back then.

n the previous match the Little Eagles, now managed by Thiago Motta, hosted their direct rival in the fight for survival, Genoa, and failed to achieve an important victory. The game was going in favor of Spezia: the Eagles took the lead as early as on minute 66. But further on, Motta's side failed to convert the chances on the second goal and as a result, they got a penalty in their own goal. The Griffin’s captain and legend Domenico Criscito was accurate from 11 meters. 1-1, as Spezia failed to take advantage of the chance to pull away from Genoa. Currently, Spezia has 8 points after 10 rounds, 17th position, and just a one-point handicap from the relegation zone.

Last season Giuseppe Iachini's Fiorentina failed to cope with Vincenzo Italiano's Spezia away, ending the match in a 2-2 draw. However, the Violets confidently defeated the Little Eagles at home, 3-0.

Frankly, Spezia is very unlikely to win the upcoming match. It’s just Fiorentina’s much stronger. Unless some miracle happens, the Violets will surely take the victory here. It is likely to end with a blowout, as it was in the recent game between Fiorentina and Cagliari.