Genoa vs Empoli: the Griffin to win the first match under the new coach 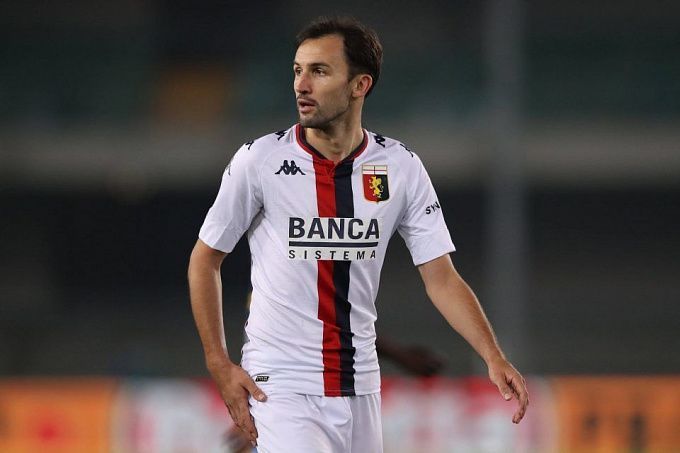 Genoa has not lost in five consecutive rounds. Alexander Blessin's team will play the next match at home against Empoli. Will the Genoese be able to extend the successful streak? We have a few options for you to bet on.

Genoa remain in the relegation zone

Genoa has yet to lose under the new coach Alexander Blessin. Five games – five draws. In the previous round, the Griffins even stopped the defending champion Inter, holding it 0-0 at home. However, despite the successful streak, the Genoese are not safe from relegation, not even coming close to leaving the danger zone. Approaching the game against Empoli, Genoa are 19th in the standings, eight points behind the saving 17th place. The team's prospects of remaining in the Serie A next year are still very uncertain.

The Blues had a spectacular first half only to stall in the second. Last matchday, Aurelio Andreazzoli's team lost 2'3 at home to Juventus and not only suffered their second loss in a row but extended their winless streak in the championship to 10 games. So far the team has enough margin to feel safe – Empoli is 9 points away from the relegation zone. Should they keep it up, the Blues risk a nerve-racking finish to the season.

The first-round match in Empoli ended in a 2-2 draw. Genoa saved themselves in the 89th minute.

Genoa has been showing very high-quality soccer lately and is deservedly the bookmakers' favorite for the upcoming game. Empoli have noticeably declined in the second half of the season and it is no coincidence that they cannot win 10 games in a row. It is quite possible that Genoa will not just score points in the match against Empoli, but also beat Andreazzoli's team. Most likely, in a high-scoring match. The Blues, as the match with Juventus showed, are still good offensively but make a lot of mistakes in defense.

Prediction: Genoa will not lose in a high-scoring match.