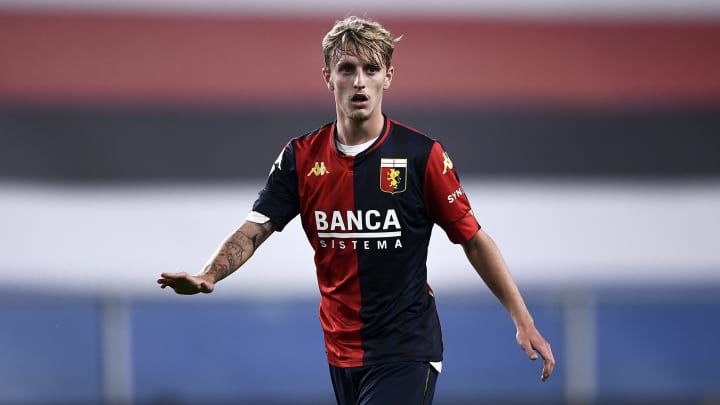 Another Sunday match in Serie A will feature Genoa and Sassuolo. Both teams are off to a poor start in the new championship, so this encounter seems extremely important. Who will be able to improve the statistics? There are several options to consider.

A fresh start for Genoa

The highlight at the start of the season for Genoa, besides, of course, Mattia Destro scoring a goal with a water bottle in his hand, was the long-awaited sale of the organization. Now one of the oldest and most titled clubs in Italy is owned by the American investment firm 777 Partners. However, Enrico Preziosi, the long-term ex-owner of the Griffin, remains on the board of directors.

Perhaps now Genoa will have the finances to work more actively in the transfer market. This is extremely important, as the team entered the new season clearly understaffed. If we take the total transfer value, then only three newcomers to Serie A (Empoli, Salernitana, and Venezia) and Spezia have less transfer value than Genoa. And what stable results are there to talk about?

Head coach Davide Ballardini is doing his best. Seven rounds played, Genoa gained 5 points and is out of the relegation zone. It must have been much less if not for the coach’s work quality. It would be great if Ballardini wasn’t fired at all. It would be unfair to a great soccer specialist, at least.

Sassuolo has chosen the wrong coach

The Neroverdi are not doing much better than the Griffon, with only 7 points after 7 rounds. And almost the full credit goes to Domenico Berardi. The forward not only scored 3 goals but also made an assist. The forward really stands out from his Sassuolo teammates, and he’s most likely to leave the Black and Greens this winter.

Berardi is great, but we have yet to see the coach’s work. To top it off, Alessio Dionisi seems to be confused. It’s doubtful that he understands how to score points steadily. Sassuolo took a big risk by appointing a young, inexperienced coach, and it seems to have gone wrong. It is no coincidence that before the start of the season they did not trade Dionisi to Empoli, even though he won Serie B with the team.

Last season Genoa lost to Sassuolo twice with the same score of 1-2. However, the Neroverdi were managed by Roberto De Zerbi at the time.

Sassuolo is very upsetting at the start of the championship. Bookmakers seem to believe in the team from Reggio Emilia in the upcoming match out of habit. De Zerbi's Sassuolo was very good. Now Genoa, despite experiencing serious problems with the composition, doesn’t look anything like an underdog. Coach Ballardini is once again able to find an opportunity to score points.

Prediction: Genoa will not lose.