Roma vs Lazio: the Yellow and Reds to be closer to success 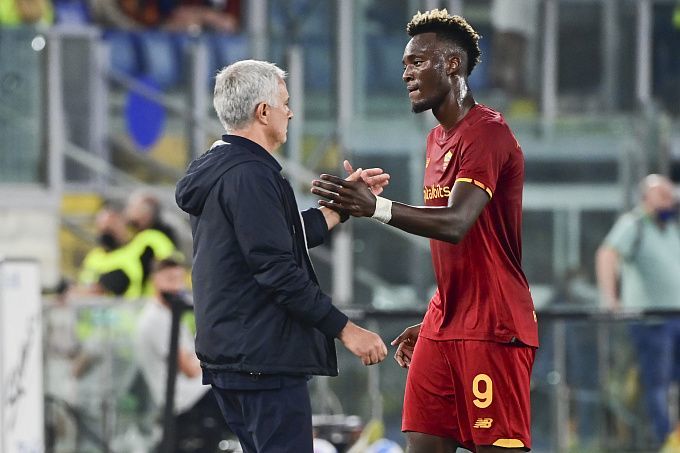 Roma have not lost in the league for eight games in a row. Will Maurizio Sarri's players be able to interrupt their opponent's winning streak now? Our prediction: The Yellow and Reds will be closer to success again!

The central match of the Italian Serie A round 30 will take place on March 20, 20:00 (UTC+3). It will feature two Roman teams, Roma and Lazio. Jose Mourinho's players will play as the nominal hosts.

1xbet offers the following betting options for the upcoming game:

Roma are making their debut season under the leadership of Jose Mourinho. Of course, the main goal for such a famous specialist has been the fight for the Champions League zone, but so far the Romans are far behind such an ambitious task. While the Yellow and Reds' debut in the Serie A was quite decent, they began to slip up far too often. It would seem that the Portuguese specialist's players have not lost once in the last eight rounds, but they have won only four times and drawn four more times. In this way, Roma turn out only sixth in the standings.

Lazio is another team that was obviously expecting more from this season. The appointment of Maurizio Sarri meant for the Romans to fight for high places, but so far they are closer to the middlings rather than to the Champions League zone, already seven points behind the top four. In the last two rounds the White and Sky Blues managed to beat Cagliari and Venezia 3-0 and 1-0, respectively. However, these opponents are among the outsiders in Serie A, so we should not draw big conclusions from these matches, and the real test is waiting for Lazio in the upcoming derby. Unfortunately, Mattia Zacaagni will miss this game as he picked up too many yellow cards.

The teams have played 157 head-to-head encounters. The Yellow and Reds have recorded 56 wins, the White and Sky Blues have been stronger in 41 games, and 60 games ended in a draw. The goal difference also favors the nominal home team in the upcoming game — 197-156. This season saw the opponents meet once; Lazio won 3-2.

Roma and Lazio are rivals of a comparable level, which is confirmed by the current Serie A standings, where both Roman teams are located on the neighboring lines. Curious enough, both teams play their games at the same stadium, and the host side has not lost for nine consecutive matches. Moreover, three of the four such meetings saw the Yellow and Reds win, and even now they show a more stable and high-quality soccer, which is why they can be considered the favorites. You can bet on Roma's victory at the odds of about 2.70.

Roma spend the current season under the leadership of Jose Mourinho, who is not very fond of open and productive soccer, but the upcoming match will have his players face Lazio in the derby. In the current championship, the White and Sky Blues demonstrate extremely high scoring activity, a lot of conceding, even more scoring. A total of 29 matches they played have recorded as many as 100 goals (3.45 on average per game). Moreover, the first encounter between the opponents was rich in goals and ended with a 3-2 win for Maurizio Sarri's side. Therefore, the Total Over 2.5 goals at odds close to 1.90 seems to be the best option.

Tammy Abraham is making his debut season at Roma, but he immediately began to justify the considerable money paid for him. In 28 games of the current Italian championship, he has already scored 13 goals, which allows him to go in the top five scorers in Serie A. Moreover, he is now in great form, which allowed him to mark the last 20 games in all competitions with 16 goals. Obviously, the 24-year-old Englishman continues to improve, so now it is worth betting on his goal with odds of about 3.15.