Roma vs Napoli Prediction: Round centerpiece to please with productivity 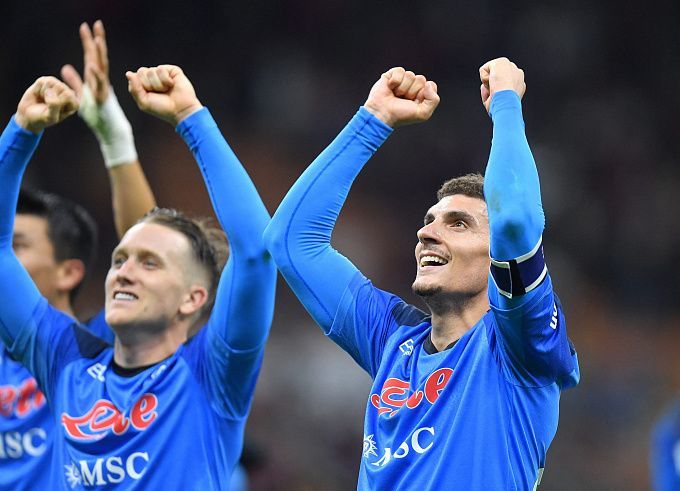 Napoli are at the top of the Italian league table after 11 rounds and the next meeting will take place on the road against Jose Mourinho's Roma. Will Napoli manage to win and keep the lead? Let's find out.

Roma has already won three in a row

Jose Mourinho's team suffered their last failure in the Italian Serie A over a month ago when they lost away to Atalanta (0-3). Since then, Roma have won three games in a row: a landmark away victory against Inter (2-1), regular wins over season's underdogs Lecce (2-1) and Sampdoria (1-0). Thanks to such a successful streak, Roma climbed up to fourth place in the standings, only four points behind the first line. The Romans can reduce the handicap to a minimum by the end of the match against Napoli.

Lately Roma's successful performances in Serie A have been alternating with failures in the Europa League. There, the Romans have only four points in four rounds in the group with Betis, Ludogorets and HJK, and before the remaining two games they risk not making the playoffs. Roma's next match in the Europa League is on Thursday, playing on the road against HJK.

Luciano Spalletti's team are coming to the match with Roma with 10 wins in a row. A phenomenal streak that includes six wins in the domestic league and four wins in the Champions League, where Napoli secured a ticket to the playoffs with 17 goals against Liverpool, Ajax and the Glasgow Rangers two rounds before the end.

In the previous Serie A round, Napoli played a bright match against Bologna and came out on top 3-2. Former Rubin Kazan player Khvicha Kvaratskhelia made another assist. In total, the Georgian midfielder had 5+3 goals in 10 rounds. Napoli tops the league standings with a two-point handicap over Atalanta.

Both face-to-face matches between Roma and Napoli last season ended in a draw. You can bet on a draw in the upcoming game at odds of 3.40 at Bet365.

Roma has never conceded more than one goal in the current championship. You can bet on Napoli's Individual Total Under (1.5) at odds of 1.68 at 1xbet.

Napoli has won for 6 rounds in a row and is deservedly at the top of the standings. However, Napoli's success is not guaranteed in the match against Roma. Jose Mourinho's team has also been successful of late, above all, making the game as difficult as possible for their rivals. Napoli, like Roma, have conceded only nine goals in 11 rounds, so the upcoming meeting is sure to be a low-scoring affair. It could very well end in a draw, just like the previous two encounters between these worthy opponents.