Salernitana vs Torino: well-prepared Turinians are a force to be reckoned with 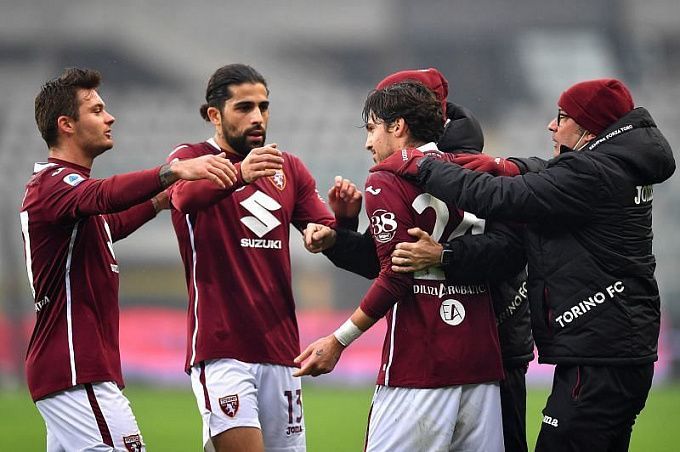 The main outsider of the season in Serie A, Salernitana will play the next match at home against Torino. Will Davide Nicola's team be able to score crucial points? We will choose several options for you to bet on.

After the winter period of additional signings and inviting Davide Nicola to coach the team, the Garnets began to look a little more confident, but so far preserving a place in Serie A is out of the question. Salernitana are still sitting last in the standings, nine points behind 17th place.

Although there are much fewer defeats. So, in the last seven games, Salerno only had two losses. The team lost only to Inter and Juventus and held five other games to a draw. Including the 2-2 home game against AC Milan.

Ivan Juric's first season at Torino has been uneventful. On the one hand, the team has almost always shown quality soccer and offered great resistance to all the big names in the league. On the other hand, the team has no stability at all. The Bulls approach the game against Salernitana with a streak of 8 games without a win – 4 draws, 4 defeats.

The Turin side lost the last match away to Genoa 0-1 before the international break. Though earlier they managed to take points away from Inter, 1-1. This is vivid confirmation of Torino's instability this season.

In the first round, Torino defeated Salernitana at home, 4-0.

Torino no longer solves any tournament problems in the current championship – the team sits 11th, far from both the relegation and the Eurocup zone. The upcoming game is incredibly important for Salernitana, as the team is in a desperate battle for survival and every point is worth its weight in gold. Motivation could play a big role here, but the class of the opponents is very different. Having gained physical strength after the break, Torino is capable of delivering a powerful match. The way it happened last time, when Torino came off the break for the national teams and thrashed Fiorentina 4-0.

Prediction: a win for Torino.