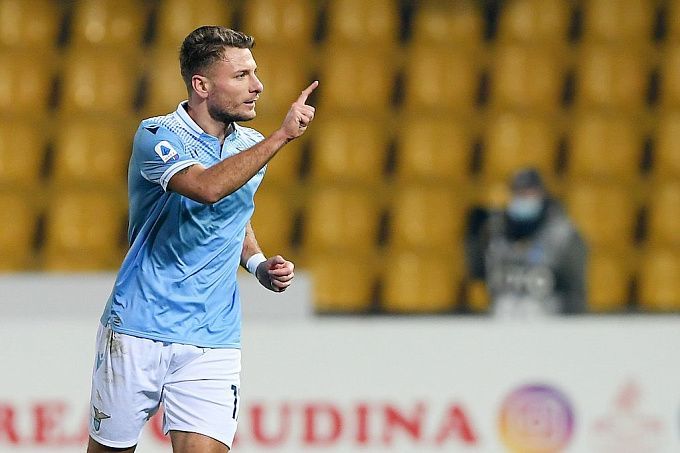 Lazio again failed to win. This time, Maurizio Sarri's team stumbled at home to get 4-4 in a thriller match against Udinese. The result is only one point from three rounds. The Romans will play their next fixture in Genoa against Sampdoria. Lazio will be left without points again? We have a few options to bet on.

Sampdoria improved their position in the standings

Sampdoria had an unsuccessful trip to Florence in midweek where they failed to defeat Dušan Vlahović and his Fiorentina. The Serbian scored one of his team's three goals before the break as an answer to Sampdoria’s forward Manolo Gabbiadini. 1-3, as Roberto D'Aversa's side suffers another defeat. But at least now it's not so scary. Before leaving for Florence, the Genoese won two straight games – 2-0 away over Salernitana and 3-1 at home over Verona. Sampdoria's lead from the relegation zone increased to five points. A weak, but still a consolation for the Tifosi suffering from their teams’ bad season. In addition, it is Genoa that Sampdoria is 5 points above.

Maurizio Sarri's soccer is a very complex system of play. It takes time to fully immerse yourself in it. And so far, it seems, Lazio's players haven't had enough of it. The match against Udinese once again confirmed that the potential of Sarri's model in Rome is huge, but the Biancocelesti still have a lot of work to do. Lazio lost to Udinese 0-2 and 1-3, but managed not only to recoup but to take the lead, scoring 3 goals from 51st to 79th minutes. It would have been a great comeback win over a very tough opponent, but the Eagles were frustratingly unable to keep the lead. After a controversial free kick, the Zebras made an unorthodox pass to the line, where Tolgay Arslan hit the ball cleanly. It was the 9th minute added the second half. 4-4, as Lazio's lack of balance was evident, not allowing the team to achieve a consistent result.

Prior to the draw with Udinese, Lazio suffered two defeats in a row in Serie A – 0-2 at home by Juventus and 0-4 away by Napoli. The Romans have already fallen to ninth place in the standings and are two points behind the Eurocup zone, the top six.

10 of the last 11 face-offs between Sampdoria and Lazio saw at least 3 goals scored.

Sampdoria and Lazio entered this season under new head coaches, so the instability of the teams is not surprising and not catastrophic in the first half of the championship. Moreover, it is completely normal. That’s why it’s hard to guess who will win in their head-to-head encounter. We won't touch the outcome here, but instead, focus on performance. Both the Romans and the Genoese look weak on defense and have very strong individual performers in the attack, which means that many goals are guaranteed. The goal extravaganza may not happen every day, but the teams are very likely to score a total of 3 goals.