Sassuolo vs Fiorentina: the Neroverdi won’t lose to the Violets for the 5th time in a row 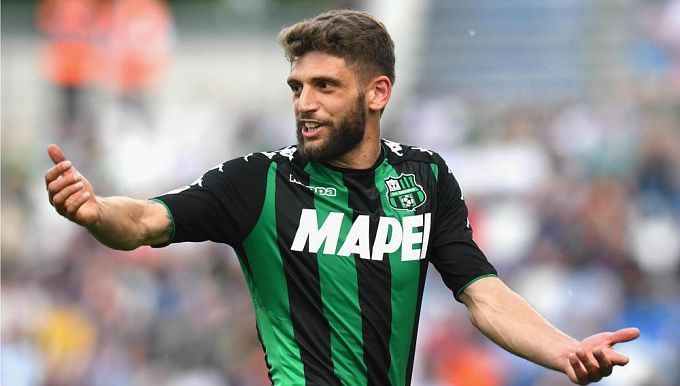 Saturday's program of the Italian Serie A round 27 will close with the match between Sassuolo and Fiorentina in Reggio Emilia. Who will be stronger? We will choose several options to bet on.

Throughout the season the team from the Emilia-Romagna region alternates terribly unsuccessful matches with wonderfully surprising ones. On the previous matchday, Sassuolo defeated Inter 2-0 away. And the Neroverdi came to this game with a four-match winless streak. This season, Alessio Dionisi's side have an away win over Inter, AC Milan and Juventus. In their liabilities, for example, they suffered a 0-4 away win at Sampdoria and a 0-3 home win at Bologna. At the end of 26 rounds, Sassuolo is 11th in the Serie A standings.

Fiorentina continues to win even without Vlahovic

Of course, Fiorentina has scored less after losing the top scorer in the country but they continue to do so consistently. The last matchday saw Fiorentina defeat Atalanta on home soil. 1-0, as Ruslan Malinovskyi's goal was canceled by a controversial ruling, but it's hardly a problem for Vincenzo Italiano's team. Fiorentina have three wins in a row, they are seventh in Serie A, just 5 points away from the top-4, the Champions League zone. And after the match against Sassuolo, Fiorentina will play the first match of the Italian Cup semi-finals against Juventus. At home. A great opportunity to give the Turin side a fight for Dusan Vlahovic, who was taken away mid-season.

The first-round match in Florence ended in a 2-2 draw.

Fiorentina has only one win over Sassuolo in the last 8 head-to-head encounters.

Fiorentina finds it hard to play against Sassuolo. The Neroverdi's sharp attacking style is very effective against Fiorentina, who also play on attack. The meeting between the opponents in the first round confirmed it. There, Sassuolo scored two goals in the first half, but allowed Fiorentina to score twice in the second. Such high level of performance should be expected in the upcoming game. Apparently, Sassuolo won't lose again. The Neroverdi still rely on Domenico Berardi in attack, while the Violets now have Krzysztof Piatek at their cutting edge. The Pole is scoring consistently from the penalty spot, but not so much from the game.

Prediction: Sassuolo will be closer to winning in a high-scoring match.