Torino vs Lazio Prediction: Biancocelesti have an incredibly tough match ahead 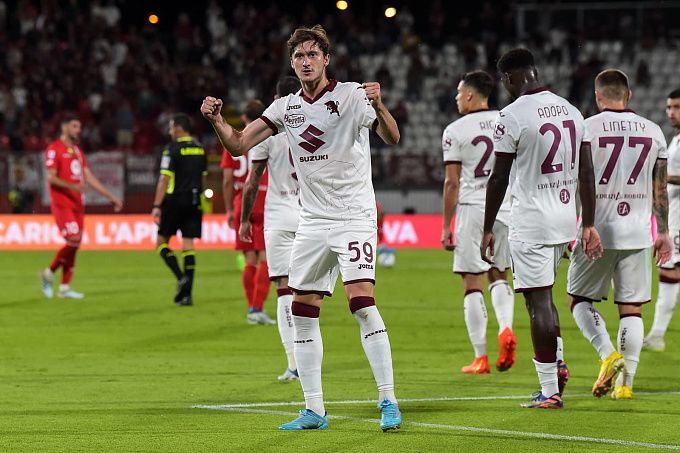 In the first round of the new Italian championship, Lazio achieved a hard home victory against Bologna. Now Maurizio Sarri's team will have a difficult trip to Torino. Will the Biancocelesti get at least a draw? We'll choose several options at once.

Torino has two wins in a row

Ivan Juric's team started the season with a cup game against Palermo. The Turin side had no problem defeating their lower-league rival at home, scoring three unanswered goals. Lukic, Radonjic, and Pellegri were among the scorers. Then, in the first round of the new national championship, Torino went on the road to face Monza, a newcomer to Serie A. The Bulls also got a positive outcome, winning 2-1. Sanabria and Miranchuk scored, with the latter playing his first game for the new team. Nikola Vlasic also made his debut for Torino in the match against Monza, coming on from the bench to replace Miranchuk.

Lazio got a tough win

As early as 6 minutes into the season's opening match against Bologna, Lazio was reduced to ten men after Luis Maximiano, a goalkeeper from Spanish Granada who joined the team in the off-season, was sent off. Another newcomer, Russian-Italian goalkeeper Ivan Provedel of Spezia, appeared on the field. Lazio conceded midway through the first half, but toward its end, the referee tied the game by suspending Bologna defender Adama Soumaoro. In the second half, in a 10-on-10 format, Lazio outclassed their opponents in every way, scoring two unanswered goals – De Silvestri (OG) and Immobile. Lazio secured a hard-fought 2-1 win.

Last season, both head-to-head encounters ended with the same score of 1-1. The Bulls rarely lose against the Italian soccer grandees, with the Biancocelesti one of them.

It looks like Lazio will also have problems against Torino in the upcoming game. Ivan Juric's team has proven to be in excellent shape in the season's opening games. The Turin side has learned a lot during the coach's tenure in terms of his personal pressing system and will certainly not allow the attacking Romans, led by Ciro Immobile, to feel at ease.

Other options to consider: