Kawasaki Frontale vs PSG Prediction: a Bright Start to the Japanese Tour 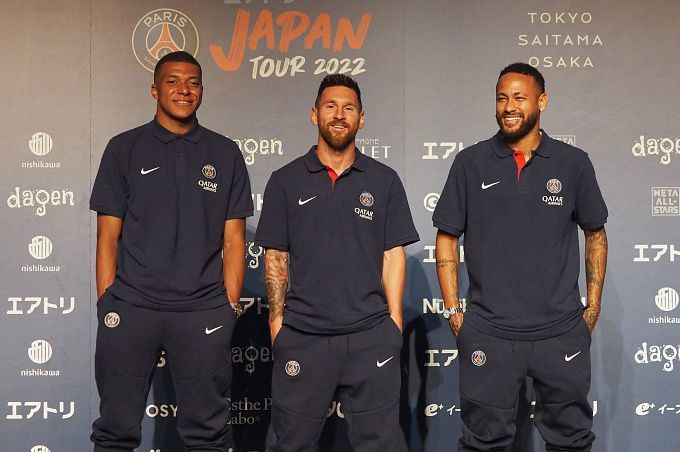 Prediction for the Kawasaki Frontale vs PSG friendly fixture, which will take place on July 20. Who will turn out to be stronger? Check the team conditions! Several betting options are available.

Kawasaki is third in the current Japanese championship. Still, they have every chance to defend the title. Though the gap from the leader is 8 points, but the Frontale has 2 games in hand. Leandro Damião could be considered the main star of the club, but he is not even the best scorer of the club this season. He scored 6 goals in all competitions, the same did Marcinho and Yu Kobayashi, and Kei Chinen scored 7 times.

In their last 4 matches, Toru Oniki's team got 1 win and 2 losses. Kawasaki defeated Gamba Osaka 4:0 in the last round of the J-League. All 4 goals were scored in the 1st half, and the team spent almost the entire game on the power play. The opponents suffered a sending off as early as the 7th minute, after which the Frontale shot three times. The Brazilians were the main characters: Marcinho and Damiao scored twice each. Before, Kawasaki failed to defeat Sereso Osaka - 1:2. The team dominated the first half and could have scored more than 1 goal, but they suffered a defeat. The reigning champions conceded two goals after. Also, they didn't manage to convert one-on-one opportunities.

PSG: All the Stars Joined the Lineup

The team brought to Japan 25 players, and everyone might take the field: often at halftime the lineup changes completely. Any club could envy PSG as almost all the strongest have arrived in Tokyo. By the way, Kylian Mbappé, Neymar and Lionel Messi are already cheering up the fans in the trainings. Only the injured Julian Draxler is absent, as well as the recently rented Hugo Ekitike. Ekitike scored 10 goals in the last Ligue 1, so his appearance at the club should be regarded as a definite strengthening. The main loss was Angel Di Maria, who spent 7 years with Paris Saint-Germain. There was also a change at the coaching stuff: Christophe Galtier once won the league title with Lille, so it will be very interesting to watch the club with the new coach.

PSG has already played its first friendly this summer. The Parisians beat one of the Ligue 2 underdogs, Quevilly-Rouen (2:0). The opponent had some chances because Paris Saint-Germain did not play very strictly in defense. Sergio Ramos opened the scoring with a penalty and Djeidi Gassama doubled the lead.

The difference in class between Kawasaki and PSG is obvious, but the Japanese champions can surprise. The Parisians let their opponents play and do not lock them up in their half - for example, Quevilly-Rouen occasionally fought back. The hosts have a very technical team that sometimes plays very entertaining and fast soccer. In addition, Kawasaki approaches the game in a great mood after a resounding victory in the championship.