Metz vs Lille: the reigning champions will have a difficult match 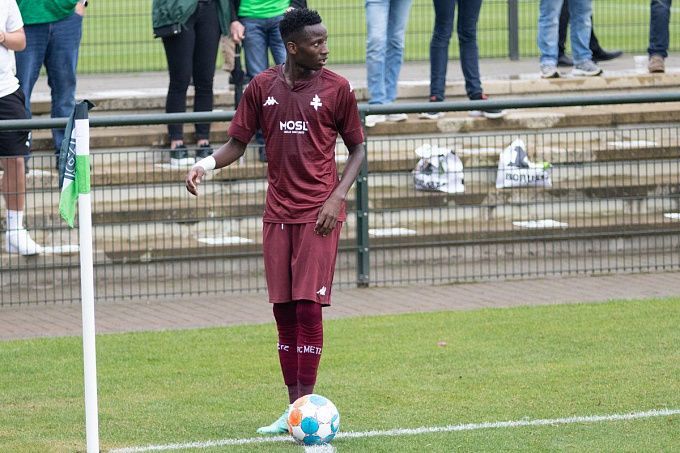 The reigning French champion, Lille, will battle Metz in their first match of the Franch Ligue 1. Lille defeated Metz twice during the last season. Will they be able to repeat this in the upcoming match?

Metz proved to be a strong middle-class team in Ligue 1 last season and finished in 10th place in the table. They lacked a scoring forward: the best scorer was Farid Boulaya with 6 goals and 8 assists. The club, apparently, is not going to solve this problem, but at least they have brought Amine Bassi to the team. The Moroccan midfielder scored 7 goals and provided 3 assists in the last Ligue 2, and it is not certain that he will play at a higher level. The main loss for the team is the midfielder Victorien Angban, who left for Sochi. Boulaya might also leave and he might not play against Lille.

Before the start of the season, Frederic Antonetti's charges played 6 friendly matches, scoring 4 wins and losing only to Borussia Mönchengladbach (0-1). The Rookie Lenny Joseph put in a decent performance, scoring three goals. In a friendly game, Metz beat Montpellier 1-0, after crushing the amateur club UNFP 4-0. The meeting with the amateurs was a double-edged sword, but the Messines converted their chances better.

Thanks to the victory in the last championship of France Lille has cemented its title of the grandee of French soccer, but the future of the club is still unclear. Christophe Galtier decided to leave the post of head coach, and it was because of him that the club steadily fought for medals. In his place Joslain Gurvennec, who previously worked for a long time at Bordeaux and Genham. Lille's main goalkeeper Mike Maignan left in the summer: he now plays for AC Milan. Also, Boubakary Soumaré left for Leicester and Luis Araujo suddenly became an Atlanta MLS player. The club bought 19-year-old Amadou Onana from Hamburg to replace Soumaré, although Benjamin Andre will probably take over the starting lineup at first. As for the squad for the match against Metz, Xeka, Mehmet Zeki Celik and Tiago Djalo will not play due to disqualifications, while Renato Sanchez is about to leave for Barcelona.

In the off-season, Jocelyn Gourvennec's side lost three of their five friendlies, defeating only Belgium's Waasland-Beveren (2-0). However, Lille defeated PSG in the French Super Cup and won another trophy, 1-0. In the first half, they were sharper, and before Xeka's goal Burak Yilmaz seized on a one hundred percent chance. After the break the opponents could have leveled the score, but Leo Jardim firmly defended the goal. All in all, it was not without luck, but overall the victory over Paris was justified.

Lille leaves a contradictory impression before the start of the season, and the victory over PSG is very out of the picture. The change of coach and the departure of some of the best players of the team may affect their performance in the upcoming match, and the results of friendly meetings were alarming. Under Christophe Galtier they were excellent defensively, their midfield was good and now they have to fundamentally rebuild it. When playing at home, Metz is capable of creating several scoring opportunities, and the last face-to-face meeting only confirms that. The following betting options look great: