Benfica vs Porto: Bet on Yellow Cards & Dragons to Win 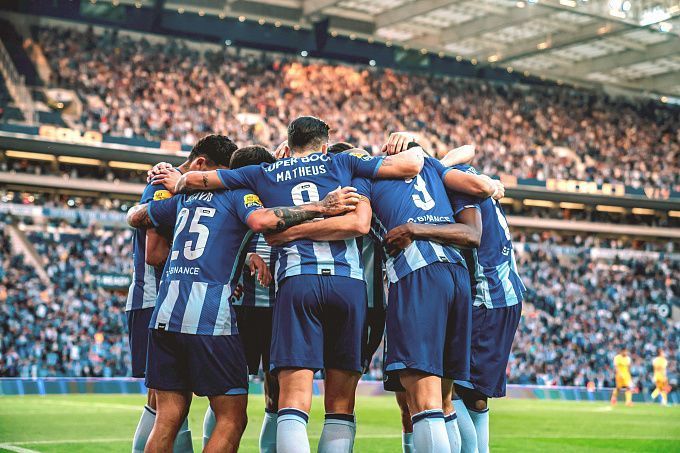 The central match of the Primeira Liga will see Benfica take on Porto. Will Conceição's players be able to score points and win the title?

Benfica's last opponent in the Primeira Liga was Maritimo. The Lisbon team got a 1-0 win on the road. For the Eagles, this win was their 22nd in the 32 games played in the league. Benfica are placed third in the standings with 71 points. Regardless of the remaining matches' results, it is worth noting that Benfica will retain the position, getting a ticket to the Champions League qualifying.

On Matchday 31 of the Primeira, Porto played away against Braga. Unexpectedly for many, Sérgio Conceição's team failed to show their best qualities and suffered their first defeat in the league, 0-1. The Dragons came back to their own arena to take on Vizela. In a productive encounter, Porto was stronger than their opponent with a score of 4-2. Porto is leading the Primeira Liga table with 85 points.

This season, Porto and Benfica have already played two matches at the Dragao Stadium. First, the Dragons sent three unanswered goals in the Taça de Portugal round of 16. Then, in the first round of the Primeira Liga, Porto beat the opponent 3-1. In total, the clubs have met in 166 games. Porto is ahead by the number of wins, 67-51.

Porto is very close to getting the title. Even in the case of a draw, the Dragons will snatch an early victory in the championship. Obviously, Conceição's team is ready to put up a good performance. Benfica should not be discounted, though. Despite remaining third, the team will be motivated to take revenge for their recent defeats at the hands of Porto. In most of the previous head-to-head matches, there have been many cards shown. I believe that the trend will not stop in the Portuguese capital, and Porto will score points to become champions.