Espanyol vs Mallorca: the home advantage to be the decisive factor 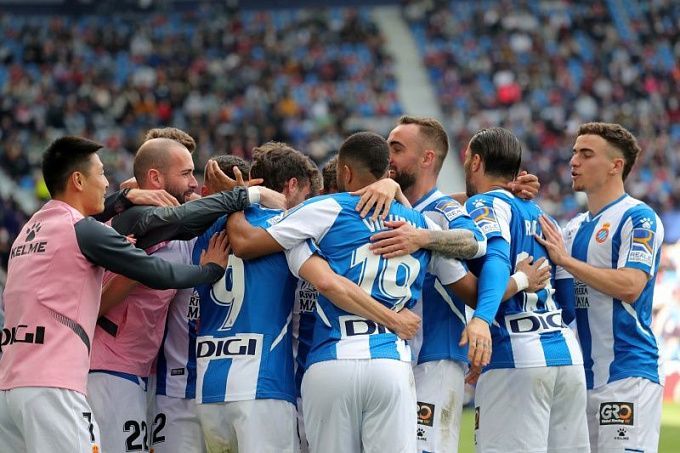 Sunday's pool of the Spanish La Liga round 29 will begin with the match between Catalan Espanyol and Mallorca. A mid-tier team in the Primera Division, Espanyol will host the islanders, a club with big problems and one of the main contenders for relegation to the Segunda. Given the current form of the rivals, it is not surprising that the Catalans are the favorites to win this game.

In the last five games in the Primera, Espanyol earned six points, but at the same time, there was only one loss to Villarreal away. In general, Espanyol is quite a stable team for their level, so they are likely to keep the place among the elite of Spanish soccer for the next season. Before the start of round 29, the Parakeets have 33 points, 9 points more than Cadiz, the third-worst team in the standings. As we see, the Catalans are not in danger of relegation, as well as a place in the European competitions. The gap from Real Sociedad in sixth place is 14 points. Espanyol's home statistics are 9th in the division, i.e. slightly above average, with 7 wins in 14 games, three losses, and a goal difference of 21-16.

For more than a month, namely after the victory over Athletic on February 14, Mallorca has been losing only. In March, there have been 0-2 from Real Sociedad, 3-4 from Celta, and 0-3 from Real Madrid. Terrible results, but the Islanders are still above the relegation zone, two points ahead of Cadiz. However, with such a trend continuing, it is inevitable to see the Balearic side among the bottom three. The club's management is still keeping Luis Garcia as head coach, but every next defeat could be the last one for the 49-year-old specialist in his position. On the road, Mallorca has the 16th statistic in the division and two wins in 13 games. It is noteworthy that only Levante conceded more than Mallorca in away matches; the islanders have 31 goals conceded in 13 games.

The teams have faced off 62 times, and the Catalan club has a slight advantage of 26-12-24 with a goal difference of 99-81. As far as La Liga is concerned, it is the islanders who have the advantage, 23-8-22, 73-73. In Barcelona, Mallorca won only four times, with three draws and 19 victories for the Parakeets, 50-22 goal difference. Obviously, the home advantage is crucial in this confrontation.

The Catalans can stay calm for now, the relegation zone has yet to become a threat to them. However, no one will give Espanyol guarantees of keeping their place in the elite. Victory in Sunday's game will noticeably improve the good enough chances of the Catalans for La Liga 2022/23. And it is a sin not to take advantage of such a chance, considering the opponent's blatantly weak form. Let us not forget that Mallorca has lost their last five La Liga games in a row, conceding 9 goals in the last three games. Separately, let us pay attention to Espanyol and Mallorca's confrontation. The home advantage is crucial here, as we can see from the head-to-head stats. Our first bet for Sunday's match is a home win. W1 for 2.10 from Bet365.

Espanyol cannot be called a very high-scoring team. However, the Catalans managed to score 21 goals in 14 home matches of La Liga 2021/22, so the Parakeets' home performance index is 1.5. Given that Mallorca has huge problems defensively, the Balearic side has conceded 31 goals or an average of 2.38 per game in 13 away games, it would hardly surprise anyone if Espanyol wins on Sunday by scoring twice. Our second bet is a combined option on the home team. W1+TO (1.5) for 2.79 from 22bet.

While we should expect Espanyol to score at least two goals, Mallorca regularly leaves the field without scoring. The islanders not only have a weak defense - the attack does not shine at all. In the last five away games, the Balearics failed to score against Rayo, Villarreal, and Levante. The third bet for you to consider is the correct score. We offer 2-0 for odds of 9.00 from 1xbet.