Real Sociedad vs Granada: the Basques to beat the Southerners & score at least 2 goals 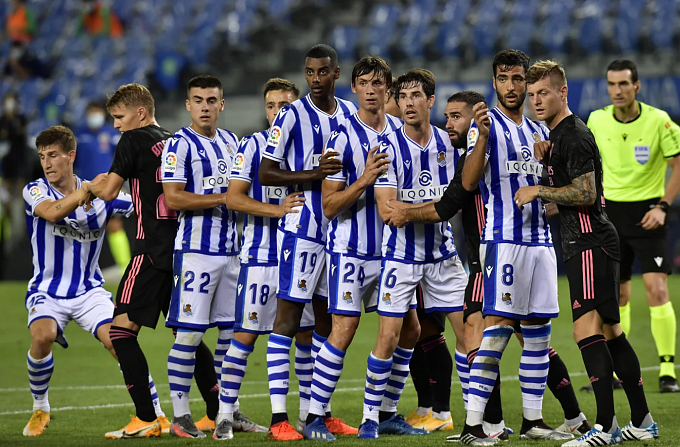 Round 24 of the Spanish La Liga will continue with the match between Real Sociedad and Granada on Sunday. Bookmakers consider the Basques to be the big favorites, although the team from San Sebastian has had some problems with scoring lately. But after all, Granada has even bigger problems with results in winter 2022, so everything in the line put out by the bookmakers is logical.

In late January & early February, the Basques were busy not only in La Liga, but also in the Copa del Rey, leaving the latter on February 3 in disgrace after losing at home to Betis, 0-4. The Basques can finally forget about the second most important tournament in Spain to focus on La Liga. Not for long, though, because next week the While and Blues will have to play a Europa League match against Leipzig. Before round 24 starts, Real Sociedad is 7th in the standings. The team's home statistics are 10th in the division, it is difficult to call them a home team this season. As for the current tone, the last three matches did not see a single victory. In addition to the disgrace in the Copa del Rey, the White and Blues drew with Getafe and Valencia in La Liga.

The excellent results in December and January were followed by a slump. After the international break, the southerners lost three matches out of three, despite the fact that Granada dropped out of the Copa del Rey on December 16. During this period, Granada were weaker than Getafe 2-4, Osasuna (0-2) and Real Madrid (0-1), and quite logically dropped to 16th place in the standings. The relegation zone is not a threat to the southerners yet. Cádiz is six points behind them, while Alavés and Levante are even worse off. Granada has only one away win, five defeats in 12 matches on goal difference of 10-17. Well, it should be noted that Granada's stats at the Reale Arena are negative.

Real Sociedad has the advantage in terms of motivation. The Basques are fighting for a place in the European Cup zone, they have no right to lose points in a home game against a mid-tier team. While Granada is in no danger, there is at least six points handicap between the southerners and teams from the relegation zone. Plus, the southerners are on the decline after the international break, as is evident from the results. Slowly, the Nasrids are recovering, it is true, but the Basques managed to beat Granada even in the first leg, despite that match being held on the field of the Andalusians. Also, the Basques probably want to make up for the defeat in the Copa del Rey against Betis, which also adds a lot of clout to the bet on the future home team. And we cannot overlook the fact that Real Sociedad has scored at least two goals against Granada in home games. Here are the betting options for this match: ITO1 (1.75) for 1.80; W1+BTTS for 3.50; Correct Score 3-1 for 13.0.