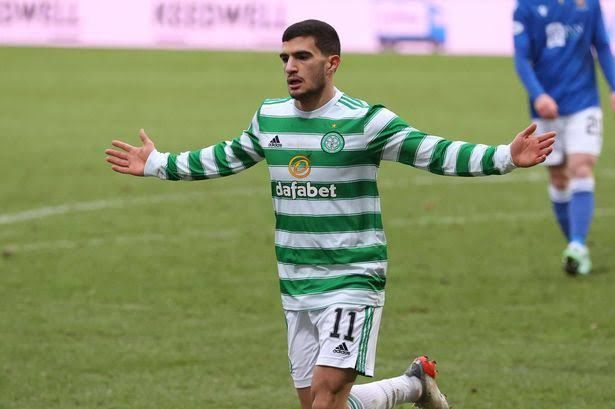 Celtic will travel to McDiarmid Stadium in Perth to play St. Johnstone to play the round of ten match of the Scottish Premiership. Both teams enter into this match following losses in their matches. Will Celtic get back to winning ways away from their turf or will Johnstone roar back from their loss to Kilmarnock last Wednesday? We give more details and explain the teams’ expected performances.

St. Johnstone - could get a goal at home

After suffering a loss to Kilmarnock by a score of 2-1 in their most recent Premiership match, St. Johnstone will be looking to get back on the winning track this Saturday. St. Johnstone had 59% possession of the ball during that game and attempted 15 shots on goal, with 5 hitting the target. Theo Bair was the only player to score for St. Johnstone, and his goal came in the 90th minute. Kilmarnock had ten shots on goal, but only two were on target. Kilmarnock's goals came from Daniel Armstrong in the 11th and 46th minutes. St. Johnstone has been able to score eight times throughout their last six matches under the leadership of Callum Davidson. On the other hand, they have had seven goals scored against them in those games as a total amount of goals allowed. According to the form guide, St. Johnstone has not been victorious over Celtic in any of their 19 matches played in the league before this matchup. That has to hurt them, and they are going to want to improve their performance when they play at home this time.

After losing their previous Champions League match against RB Leipzig, both Celtic and their fans who traveled with them will be hoping for a different outcome in this contest. During that game, Celtic held 41% of the possession and had 12 shots on goal, with 5 finding their mark. Jota was the lone player on the Celtic team to score in the 47th minute. RB Leipzig, on the other hand, had 16 shots on goal, with 6 of them finding the target. Christopher Nkunku scored RB Leipzig's goals in the 27th minute and André Silva in the 64th and 77th minutes. The statistics speak the story, and they show that Celtic have allowed goals to be scored against them in 5 of their last six matches, for a total of 10 goals scored by their opponents. On the defensive side of the ball, Celtic could need some reinforcements. But at this point, all we can do is sit tight and watch the forthcoming game to determine whether that pattern will repeat itself. To this day, Celtic has not suffered a defeat at the hands of St. Johnstone in any of the nine league matches that have taken place away from Celtic Park since the beginning of this season. An incredible performance streak for them.

Although we believe Celtic has a good chance of winning, we don't think betting on them is fascinating. It would have been safer not to wager on the game's outcome, but we've decided to back Celtic to win and combine that bet with them conceding. Celtic have been on a roll lately, winning four of their past five league matches, but they've let in goals in each of their previous two. St. Johnstone, meanwhile, is playing well as of late, having won seven of their past 12 games. Although they will likely struggle against the Bhoys due to the disparity in quality, they should find the back of the goal at some point.