Barcelona vs Inter Prediction: Blaugrana to avenge the away loss 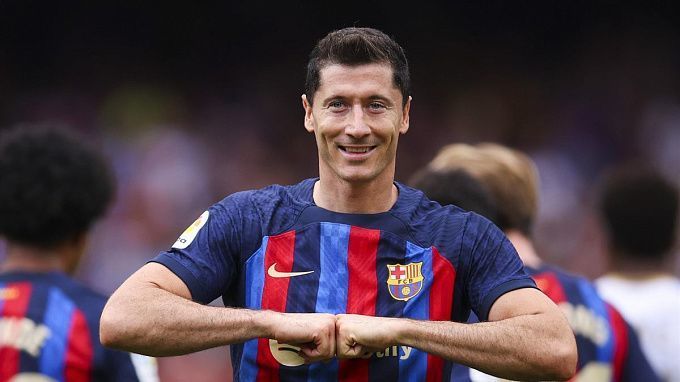 Barcelona lost to Inter in Italy (0-1) and now at the home Camp Nou they will try to take revenge on the Nerazzurri. Will Barça manage to achieve an important victory? We will choose several bets at once.

Barcelona has no right to make a mistake

An away defeat at the hands of Inter was the second defeat for Xavi's team in the current Champions League campaign. Before that, Barcelona lost 0-2 to Bayern, also away. Now Blaugrana have virtually no chance of topping the group, six points behind the table leader. Moreover, in case of failure in the upcoming game with Inter, it will become even more difficult for Barça to get out of the group. And not only the defeat, but also a draw would be a failure, which would leave the team with three points handicap from the second place before the final two rounds.

This weekend, Barcelona won another match in the Spanish championship, where the team is doing slightly better than in the Champions League. On home soil, Blaugrana beat Celta. 1-0, with the only goal scored by Pedri. Following 8 rounds of La Liga, Barcelona shares first place with Real Madrid on 22 points.

After their big win over Barcelona, Inter visited Sassuolo on Matchday 9 of the Italian Serie A. Simone Inzaghi's team managed to achieve a vital success, beating a tough opponent 2-1 with a double by Edin Dzeko. Inter interrupted a mini-streak of two defeats and moved up to seventh place in the standings. It's too early to say the Nerazzurri, who had a poor start to the season, are recovering, but victories over Barcelona and Sassuolo should be encouraging for their fans.

Having lost away to Inter, Barcelona have no margin for error in their home game against the Nerazzurri. It is likely that Xavi's men will not make one. Inter are very unstable this season and it's possible that after two successful matches in a row, they won't have the best performance. Moreover, it wasn't without luck that the Nerazzurri managed to beat Barça at home.

Prediction: Barcelona will take revenge for the defeat at the Giuseppe Meazza.