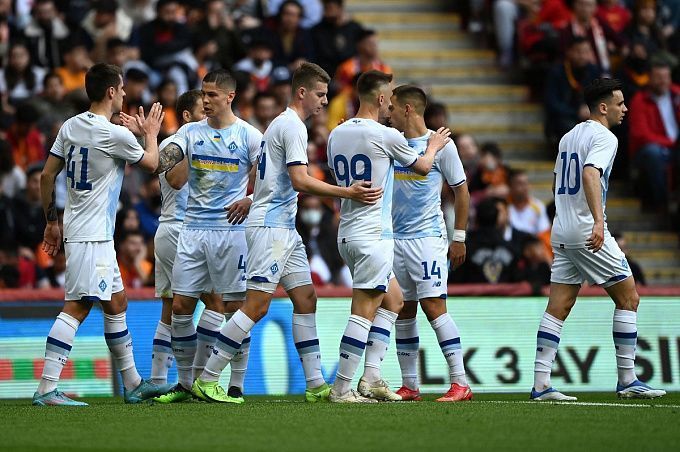 In the final of the Champions League qualification 2022/23, Dynamo Kyiv has the strongest opponent at this stage, the Portuguese Benfica. The Eagles are quoted as favorites even in the away match against the Ukrainians, and the head-to-head stats clearly favor the second team.

For Dynamo, the round against Benfica will be the third qualifying round. Before that, the Ukrainian vice-champion knocked out Turkish Fenerbahce and Austrian Sturm. Both encounters were challenging and equal. Both were decided in extra time in the second match. It was Karavayev who decided the semi-final qualification in the game against the Turks. Vivcharenko and Tsyhankov were the heroes against the Austrians. It must be recalled Dynamo Kyiv's staffing situation is not the best. Several legionaries left the team, either on loan or as free agents. The newcomers are only from U-19, for example, Vivcharenko, who scored a decisive goal against Sturm.

First, Benfica has a new head coach, Roger Schmidt, a 55-year-old German who worked at Salzburg, Bayer, Beijing Guoan, and PSV. The clubs are not that top-flight. That said, the German has had some remarkable achievements. Though Schmidt did not work in Portugal, he will have to learn. Now the main task for the Eagles is not related to the domestic tournament. Of course, they are set to make it to the Champions League group stage. Benfica had significant personnel changes: David Neres, Enzo Fernandes, Joao Victor, Alexander Bah, Petar Musa, and Mihailo Ristic joined the team. Darwin Nunez, Everton, Jota, Gedson Fernandes, Pedro Pereira, Haris Seferovic, Nuno Santos, Pizzi, and Mile Svilar left the squad.

As for playing practice, the upcoming meeting will be Benfica's fifth official game this season. In the Portuguese Primeira Liga, the Eagles beat clubs Aroca and Casa Pia. In the Champions League, the Lisbon club easily defeated Danish Midtjylland, having outplayed the northerners with a total score of 7-2. The statistics suggest that Benfica is, in fact, a deserving favorite in the pairing. However, we shouldn't forget about the strong character of the Kyiv side.

Kiyv and Lisbon have played each other six times, all head-to-head encounters in the Champions League. The last time they played was last season: a 0-0 draw on Dynamo's field and a 2-0 victory for Benfica in Lisbon. In general, +4=1-1 in favor of the Portuguese. It is also worth noting that Dynamo lost all three matches to Benfica.

All matches Dynamo Kyiv played in the Champions League qualification 2022/23 have been low-scoring, and the upcoming meeting will be an away one for Benfica. It is unlikely that the Eagles will bet on an away match. On the contrary, they will be happy with a draw. In general, we do not expect high efficiency, though Dynamo is inferior to the Portuguese team and possibilities. That said, the Kyiv team is good enough. We do not say anything about the character and coaching genius of Mircea Lucescu. We offer the following betting options for the upcoming match: