Ferencvaros vs Young Boys: we should expect a goal early in the game 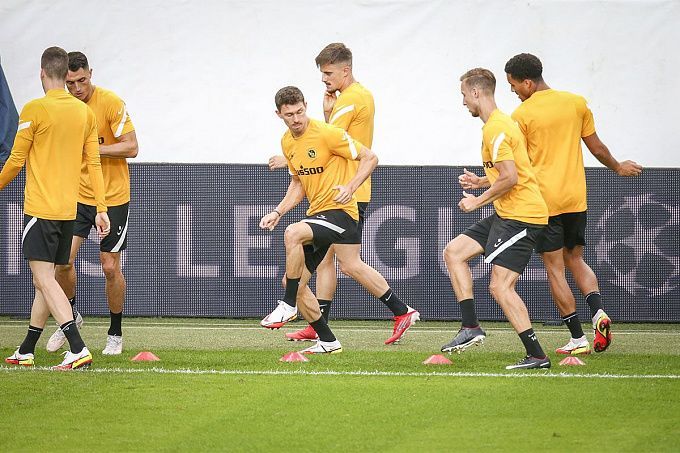 Ferencvaros will battle Young Boys in a home match. The clubs will play the second match of the playoff qualification for the Champions League. Will the home team be able to defeat their opponent in their own stadium?

In the last five matches in all tournaments, Ferencvaros have won and lost matches. The Hungarian club played three rounds before qualifying for the playoffs. In the first round of qualification, Ferencvaros defeated Pristina on aggregate in two games. After that, the team defeated Zalgiris, and then unexpectedly knocked out Slavia from the tournament. In the Hungarian championship, Ferencvaros is in tenth place. The club has played two games less than the table leaders.

In the second qualifying round of the Champions League, Young Boys outplayed Slovan Bratislava. Their next opponent was CFR Cluj and the total score between both matches is 4-2. Young Boys are currently in sixth place in the Swiss championship. Before the first game against Ferencvaros, Young Boys defeated Littau 4-1 on an away match and reached the 1/16 finals of the Swiss Cup.

This will be the second match between Ferencvaros and Young Boys. Last week the teams played their first game in Switzerland. In a tense struggle, Young Boys were stronger than their opponent with a score of 3-2.

Ferencvaros and the Young Boys boast good attacking performances, but both clubs' defensive play is not that strong. The Swiss team didn't end their last five games with a dry score, while the home team left the field without a conceded goal in only one of the last five meetings. I expect Ferencvaros to try to go on the attack and score a goal early in the match, while the visitors will be more defensive and counterattacking. I suggest to consider betting on a goal on the first minutes of the game. You can also bet on the second consecutive result match between the clubs.