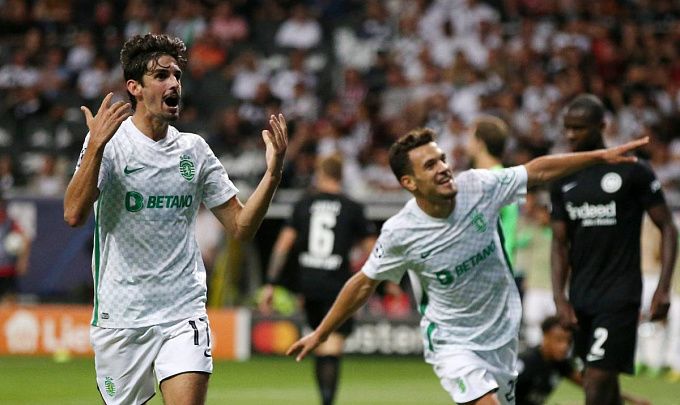 In the third round of the Champions League group stage, French Marseille will face Portuguese Sporting. Despite the Olympians's weak start to the tournament, the bookmakers are on the hosts' side. Frankly speaking, after the two victories of the Lions over the Germans and the English, such a choice looks a little strange.

Marseille played four matches in September: two in the Champions League and four in Ligue 1. In the national championship, there were wins over Auxerre, Lille and Angers and a draw against Rennes. On the international scene, on the other hand, there was gloom, with an away defeat at the hands of Tottenham 0-2 and a 0-1 home defeat against Eintracht. After two rounds played, Olympique have no points and zero goals scored with three conceded. The upcoming match may not be the last opportunity to cling at least to the third place, but another defeat, especially at home, will be a real blow to the prospects of the French team.

Unlike Marseille, Sporting have two wins in two games in the 2022/23 Champions League: a 3-0 win over Eintracht in Germany and a 2-0 home win over Tottenham. The score of 5-0 and six points ensured the Lions top spot in Group D. In the Portuguese Primeira Liga, Sporting is not as good as in the Champions League. After eight rounds, the Lions are only seventh in the table, six points behind Braga in the Champions League qualification zone. It is clear that Sporting is not as ready to play on two fronts as Benfica and Porto.

Marseille and Sporting have not played each other them at official level, facing off twice in friendly matches. In 2017, Marseille was stronger than the Portuguese 2-1, and a year later the match ended in a draw.

Marseille looks good at the national level, but at the international level the Provençal have serious problems. In two games the French have been unable to score, not a single goal. Maybe Olympique will be able to score on Tuesday against the Portuguese, but we doubt that they will be able to get their first win. And a draw in Marseille is quite a probable outcome, considering the highest motivation of the home team and the Lions being quite satisfied with an away draw. We offer these betting options: